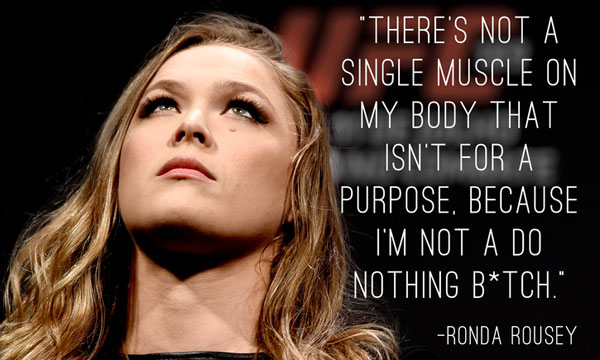 Ronda Rousey: “I am extremely proud of every inch of my body

Whether you’re a Ronda Rousey fan or not, it’s real hard to call her phony. Ronda has never been one to hold back what she thinks. After her appearance on the Tonight show with Jimmy Fallon, she posted a photo given to her to promo the show. But after noticing the photo had been altered, Ronda was a bit pissed off. She then lashed out at the photo editor for photoshopping her arms to look slimmer than they actually are.

“I have to make an apology to everyone, Ronda said on her Instagram page. – I was sent a picture to share on social for Fallon that was altered without me knowing to make my arms look smaller. I won’t say by who – I know it was done with severely misplaced positive intentions – but this goes against everything I believe and I am extremely proud of every inch of my body. And I can assure you all it will never happen again. I could not be more appalled and hope you all forgive me.” 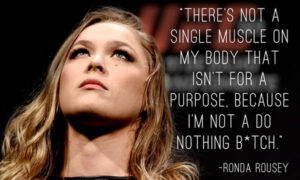 Ronda elected not to name the exact person responsible in this instance, but you can bet your sweet ass that if it happens again, she’ll drag them through the mud. Ronda Rousey is more than ‘just’ a world-class athlete, she’s all about breaking down gender barriers in every single thing she does in and out of the Octagon.