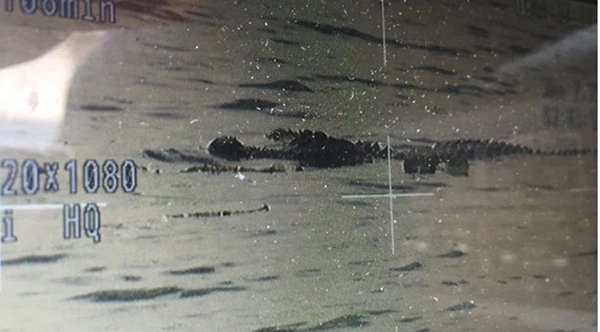 Florida is kind of known to be a gator-infested hillbilly state. I mean we hear some crazy stories come out of there.

But now things just got a little more weird because police in Lakeland, Florida are trying to solve a murder mystery. Possible suspect? An alligator. 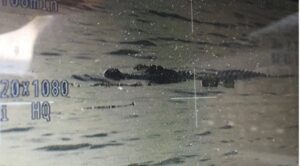 Apparently residents near Hunter Lake saw an alligator swimming around and called authorities after spotting what they thought was a human body in its mouth.

Lakeland Police arrived and confirmed, “Yep, that’s a gator with a human in its mouth.”

“The officers got here and the alligator still had the person. He let the individual go, he is deceased, looks like this person may have been dead more than a day. We don’t want to speculate but I will say when the officer got here the alligator did a roll and had the person in contact with him.”

The body was recovered and is going under investigation. It’s currently unclear whether the alligator is responsible for killing the unidentified person, or just merely grabbed a body that got dumped in the lake. Authorities are hoping to trap the gator to determine exactly what happened.

Alligators are no joke and if that thing actually killed the man, it must’ve been a pretty gnarly death.

But if the gator isn’t a crook-odile…then authorities have an exciting murder mystery to unfold.