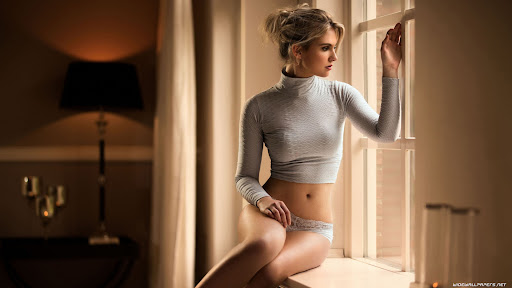 If you managed to get through No-Nut November then you’ll be in just the right frame of mind to take a look and think about going to get your reward as you do your best impression of ‘Hulk Smash’ while enjoying the spirit of Destroy Dick December. Maybe, if we try, we can lead into something like reJuvenate January, or maybe Feel-Good February, and maybe a few other interesting months that could be created if we really tried. There’s always room for sexual innuendo, isn’t there? Anyway, let’s get to destroying y’all…

Ladies, don’t feel left out, this month is for you too since you have the unique pleasure of being the ones that get to find which way you’d like to smash that part of the male anatomy that’s aching for a bit of attention. Be gentle to start with ladies, any guy that’s gone a month with thinking about or watching sex might be a bit volatile. But otherwise Radasser’s, men and women alike, have some fun, but as always, be safe.

True, it’s a few days early to start thinking about December, but it’s either bound to act as an enticement to hold on for a few more days, or it’s bound to be too much for a lot of guys and will prompt them to take a little alone time with their woman or, if they’re single, go out and try to find someone to spend a pleasant evening with. Just remember guys, wanting it and getting it are two very different things and if you want it then you’ll figure out a respectful and effective way to get it without being a creep. Yes, I am implying that you need to get laid, but I’m still looking squarely at y’all and telling you to be gentlemen about it.

If you’re going to destroy dick on your own guys, well, that’s your business. But if you’re looking for a woman to do the destroying for you, then there are ways to go about it that won’t get every woman you come across looking at you like a pervert or worse.

I’m not about to promote tricking women into having sex with you, but there are ways to make it happen such as:

There are ways to have sex on the first date, even if it’s not always the best idea.

One thing to remember guys is that if you’re going to initiate a hit it and quit it kind of meeting, make sure the woman knows this and agrees with it. There’s no need to disregard anyone’s feelings just to get your rocks off. Being a gentleman means that if you have no intention of sticking around, let her know. After all, women aren’t there to just amuse us, and if you think they are then it’s a hope that you and Rosie, and her five sisters, are on good terms with each other.

Don’t let anyone kid you, women get anxious for sex as well and will sometimes lower their standards just as guys do. Sometimes strange things can happen and a woman can find love where she didn’t expect it, as guys do at times, but the point is women do want to get laid too, but once again, society has been geared to make this less appealing, which is kind of ridiculous really.

Some guys are smooth enough to go out and find someone to spend the night with, others couldn’t get laid if they had a $100 bill hanging out of their zipper in a brothel. It’s cruel but it’s true, and you know why? It comes down to confidence in one’s character, abilities, and how they speak to women. Laugh all you want, but it’s true.

Guys, women want strong, confident men that are bound to woo them and still respect them in a delicate balance that gets a lot of women worked up. Let’s face it, a lot of guys are tongue-tied idiots that can easily appreciate a woman but not know what to do with her, or can’t satisfy a woman since they’re too busy trying to satisfy themselves. Other guys are just smooth-tongued jerks that get what they want and move on, and a lot of women see this as a horrible balance since they want to be satisfied as well. For the month of Destroy Dick December guys, just remember that women are out there needing to relieve some stress as well, and if you’re good to them, they’ll be all kinds of naughty to you in return, so long as they feel that you deserve it.

Ladies, be kind to your fellas if it pleases you to do so.

One word of advice if you’re planning on enjoying the month thoroughly, stock up with a lot of ice, and remember to hydrate. Yes, of course it’s meant to be funny as hell, so go out, have a laugh, and release that pent-up frustration as much as you can.