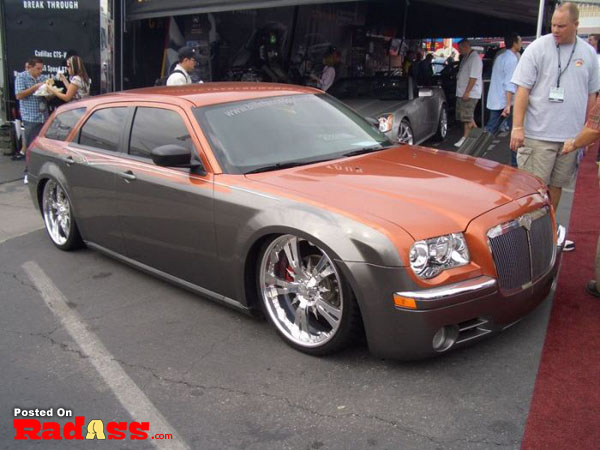 You Think They Will Notice Me Coming?

Some people want their ride to be noticed.

There’s no missing some rides.

Just a step away from a monster truck show.

When your ride is almost as tall as you are the lift is kind of ridiculous.

Someone wants to fit in obviously.

It’s a rolling melon, complete with seeds in the rims.

Something about those doors just doesn’t feel right, or safe.

Plenty of people like rolling around in a box.

Yep kids, one day this car will be yours.

If you can afford the tires then you can probably avoid the payments.

No doubt, some folks love their ride.

It’s purple…what else is there to say?

Imagine this coming rollin’ and growlin’ out of the garage.

Rollin’ fast and flashy…not quite furious.

You wanna test this out, admit it.

Oh wow, that shade is just…yeah.

It’s looking at you, can you see it?

Luxury is important to a lot of folks.

Yeah, you can see someone rollin’ like a boss in this beast.

Cruisin’ down the lane…

Damn that color is popular.

If this horn sounded just like Woody I’d be impressed.

Cruisin’ down the beach, checkin’ out the honeys, it’s a good day.

Now that’s a thing of beauty.

Who wants a test drive?

Who’s ready to see it bump on down the road?

Nostalgia is a big thing when it comes one’s ride.

That lift is great for taller folks.

Is this your dad’s car?

Size does matter when it comes to your ride.

My legs ache just looking at this thing.

You definitely can’t be a big person trying to get in this.

Perfect for cruising from point A to B.

Classy or not, these rides are fun to watch rolling along.

Oh yeah, that’s a pimp-mobile for sure.

It’s a step back in time.

This is about as classic as it gets sometimes.

I won’t say it, you’re probably hearing it in your head.

It doesn’t matter if a person’s ride looks awesome or godawful, it’s how they sit in their ride, how they drive it, and the confidence they have while doing so. You can’t help but admire some of these rides, since rolling down the road in a lot of them would be a wish come true for a lot of people.