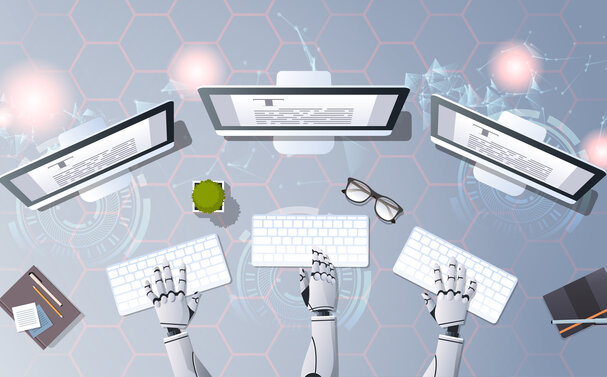 Originality and quality are still essential elements of writing.

There are many pros and cons to AI writing programs. Many writers either praise these programs or deny that they have any value. The fact is that said programs have proved to be quite beneficial for some folks. But there are still plenty of writers who value originality that isn’t generated from a non-human source.

Calling these writers purists wouldn’t exactly be fair. Writing has been a method of communication used by humans for a very long time. It’s tough for a lot of people to give up control of something that has been practiced for so long. But asking writers to accept that a program can outdo them is tough. Writing isn’t easy for everyone and stands out as an accomplishment to many who worked hard to get where they are.

It can be stated that AI writing tools and programs are useful. Non-writers can cut down on costs and even use said programs to help productivity. Unfortunately, the limits of such programs are easy to see when it comes to creativity and originality. A program only knows how to create something within its parameters. At this time, an evolving AI sounds like a huge risk.

Not only that but there are plenty of people who could see this as a useful way to cheat the system when it comes to earning a living. It might sound like paranoia, but the technology doesn’t lie. In any case, let’s go into the few pros and cons that are most important when it comes to AI writing programs.

An AI writing tool/program is meant to make life a little easier. Here are a few ways that happen.

The pros of these tools are kind of hard to get behind simply because they feel too easy. It’s not hard at all to figure out that it’s a time saver and can lower costs. But the cons should hopefully wake some folks up. If not, oh well.

There are a few ethical concerns that come with these tools. Imagine that, humans using machines and causing ethics violations.

One thing that anyone using an AI writing tool should think of is if what they’re doing is ethical. Barring that, they might need to wonder at their own lack of creativity and time management skills. So long as they get paid, a lot of people don’t care.

Here are a few of the tools that are out there

A lot of writers might be curious, or simply want to use these tools to see if they work. There are a few that you might want to check out, such as Jasper, Ryter, Sudowrite, and several others. There is a cost to each service and there are pros and cons to each service.

Some writers are firmly against this.

Why? Do you really need to ask? The fact that AI is being used to do a job that humans have done for so long is reason enough. So, yes, humans have continually created machines to help make life easier, and it’s been a good idea.

But there are instances when making life easier is downright lazy and seriously lacking in ethics. If AI had already come to a point where machines were considered as living beings that could learn and think like human beings, this discussion would be different. As of now, such a thing hasn’t happened. The fact is that AI writing tools are an easy dodge, even if they’re useful from time to time.

Artificial Intelligence is interesting, that much is obvious. But it’s not a substitute for creativity and originality. What it does appear to do is make people believe that it’s okay to be lazy and unimaginative. I’ll be honest, as a storyteller, it’s annoying to hear of people passing themselves off as authors when they use AI tools to help them. Call me old school, but that’s NOT Radass.