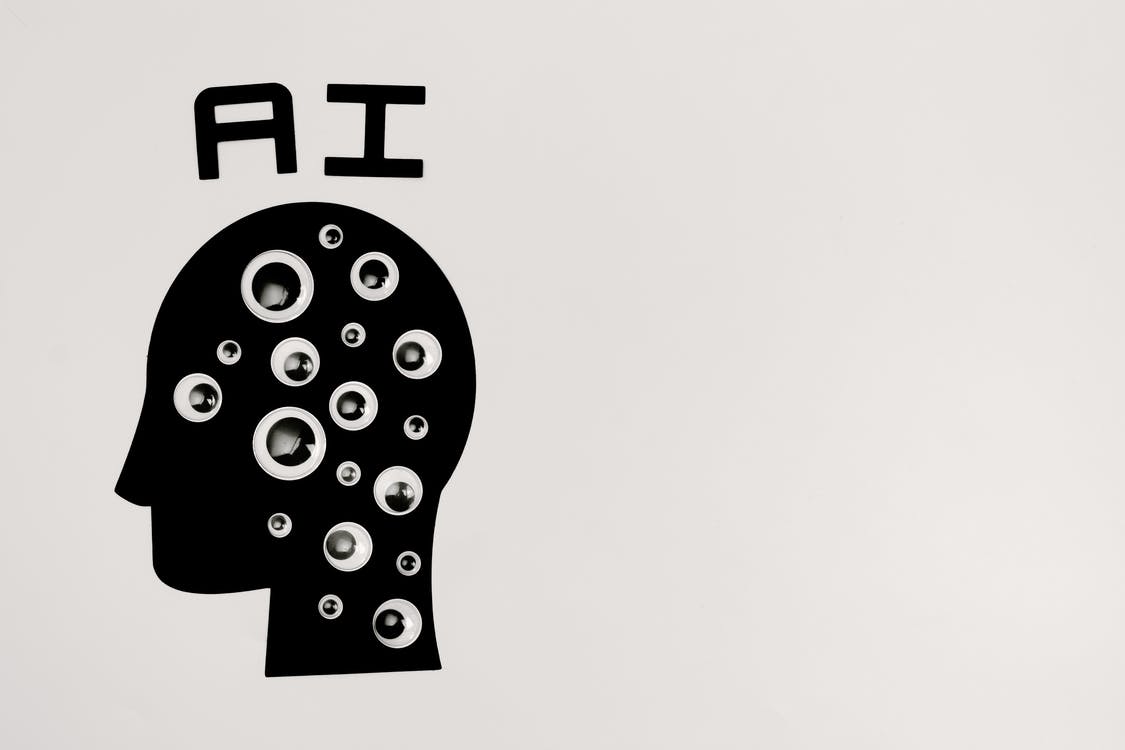 Mankind has given rise to some impressive tech, but should we?

Artificial intelligence is a big trend these days since some folks tend to think it’s one of the best things around and could possibly become even bigger as the years go by. If I’m being honest, it is kind of cool, but it’s also creepy to think of giving technology the ability to think around corners and formulate their own thoughts. At one point people should at least think about the movies that have been created that warn against this kind of hubris. This is about that time when people start piping up while citing the examples of ‘The Terminator’ and ‘The Matrix’.

People laugh at that of course. They’re often secure in the feeling that if humans still have the kill switch then there’s nothing to worry about. So long as there’s a handy-dandy EMP somewhere or a manner of shutting things down, there’s nothing to worry about. Right? The fact that many movies are fantasy and not rooted in reality, at least not entirely, makes it easy for a lot of people to just laugh it off and go on about their way. Does anyone happen to have watched the Animatrix, particularly the scene in ‘The Second Renaissance Part 2’? Recall the dry clacking of bones of those who were already dead and didn’t realize it as they congratulated themselves.

God created mankind, and mankind now seeks to create artificial intelligence. All of it sounds a bit dramatic and overplayed, like a B movie, right? But the sad fact of the matter is that there are many upon many people in this world that have a serious God complex that varies in strength. For some it’s no stronger than it needs to be and can help to create a compelling story, speech, an invention, hell it can be anything that’s created through trial and error that operates from the God complex. The complex is defined in this manner:

A god complex is an unshakable belief characterized by consistently inflated feelings of personal ability, privilege, or infallibility. A person with a god complex may refuse to admit the possibility of their error or failure, even in the face of irrefutable evidence, intractable problems, or difficult or impossible tasks. The person is also highly dogmatic in their views, meaning the person speaks of their personal opinions as though they were unquestionably correct.[1] Someone with a god complex may exhibit no regard for the conventions and demands of society and may request special consideration or privilege.

Wikipedia might not be good for every last thing under the sun and it might not be wholly accurate all the time, but there are moments such as this that the service hits the nail on the head. What’s at least a little uplifting is that the God complex is stronger in some than in others, and there is a good intent that comes with this trait more often than not. The downfall of the God complex is actually explained in the text above, and can be better explained in a few ways:

The God complex is meant to be something that links humanity to the inherent need to create, to push forward, and to utilize the knowledge that we have to keep the world we’re a part of moving forward. But sometimes moving forward ends up forcing us to take too many steps backward. We haven’t felt the need to back up too far just yet, but the problem might be that creating AI that can outthink us might mean that we’re left face-down in the mud after pushing the car just far enough for the motor to catch.

Moving on from the divinely-inspired concerns we get into the ethical arena when it comes to artificial intelligence, and here’s where one might think it would be simple to say “Okay, you got me, AI isn’t perfect and it can’t be”. Why would that be? What possible reason would exist that might make it nearly impossible for robots, especially thinking and self-aware robots, to take over certain aspects of our daily lives? Well, it has a lot to do with bias and the lack of bias, which sounds odd, I know, but there’s a reason for it.

Bias is what helps some people get hired, it’s what keeps some people from being fired, and is responsible for favoritism and a lot of negative aspects in life. Bias is what a lot of use on a daily basis to make one decision or another. Like it or not, we’re all biased in some way, and it’s how we use this bias that makes us a good or bad person, but we’ll worry about that conversation at some other time. Believe me, that’s a long and very opinionated article that a lot of us probably don’t want to get into right now. But the term bias applies in this situation since the same people that are of the mind that AI is a great thing and that the functions they serve are bound to be just as great operate under a bias just as anyone does. Here are a couple of problems with this idea:

Should We Worry About Artificial Intelligence?

That’s kind of up to each person to decide, since, at this time, AI isn’t exactly considered dangerous, but it’s still enough to give people the heebie-jeebies since it represents an unknown aspect of life that a lot of people don’t have the technical know-how to figure out. To the average person, AI might as well be what we see in the movies, with the killer robots and programs that feel that they know best because they’re able to use the reason and logic that’s been placed in their programming. But the moment that a computer can start thinking around corners and come up with its own abstract thoughts, yeah, it might be time to worry just a little bit, especially if these intelligent programs are allowed off of their leash long enough to explore the world around them and figure out that humans aren’t quite as smart as they like to think they are.

It kind of depends on who you ask if they need to worry is strong or if it can be set aside for the moment and given a polite pat on the head as we continue to advance each year in the tricks and neat things that we can get computers to do. I guarantee though, if my PC decides to start writing my stories for me then the OFF switch will look very appealing, especially if the damn machine writes some of the same borderline psychotic material I tend to put out. But apart from that, here are a few reasons why the movies should be taken as just movies, and the worry about AI shouldn’t be what wakes you up in the middle of the night.

Honestly, worrying too much about AI at this time is kind of silly when one really thinks about it, especially since the key to learning and to expanding is still within human hands. There are plenty of people that would gladly disagree, and they exist on both sides of the argument. Some would say that AI is the future, the means by which human beings can become true masters of their domain and all that gunk. Others are likely creating bunkers and storing up foodstuffs that can last for the next two to three centuries just in case judgment day really does come. But the best thing to do is take a pill, have a brew, or just take a deep breath and relax. The machines aren’t coming for us, at least not yet.

AI is Already A Part of Our Lives

The point of all of this is to reassure people that while AI is creepy, and it’s already being used (didn’t you know?) on a daily basis by companies all over the world, it’s not secretly hatching any plot to overthrow the human governments. It’s not secretly creating an army of skeletal, laser-gun-wielding automatons that can be covered with synthetic flesh. And it’s certainly not thinking up ways that it can apply the laws of robotics that we’ve seen in the movies to justify imprisoning or getting rid of humans since we’re such a danger to ourselves. AI is basically being used every time you get on Google, and so far Google hasn’t told you to go f yourself, has it? Then you’re in the clear. Google away and have a good time with it. The idea of AI is a little troubling, but no more than a cloudy day at this point since we already use it so often, and it is a big help at this point.

AI is a marvel, that’s for certain, and so long as it’s contained one can’t help but think that it will continue to be amazing. All we need now is to figure out who wants to use it for a good reason and who’s bound determined to make the first terminator. 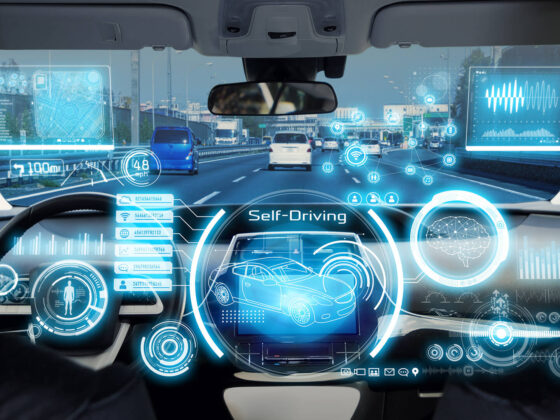 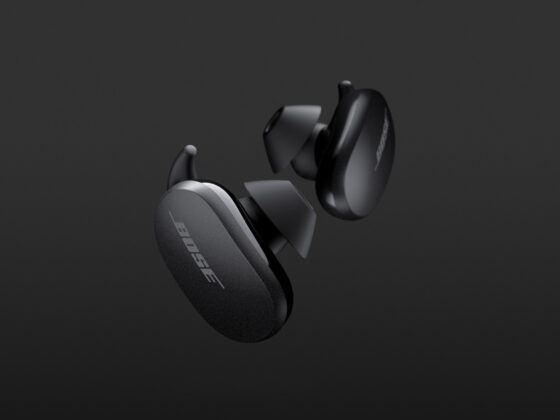