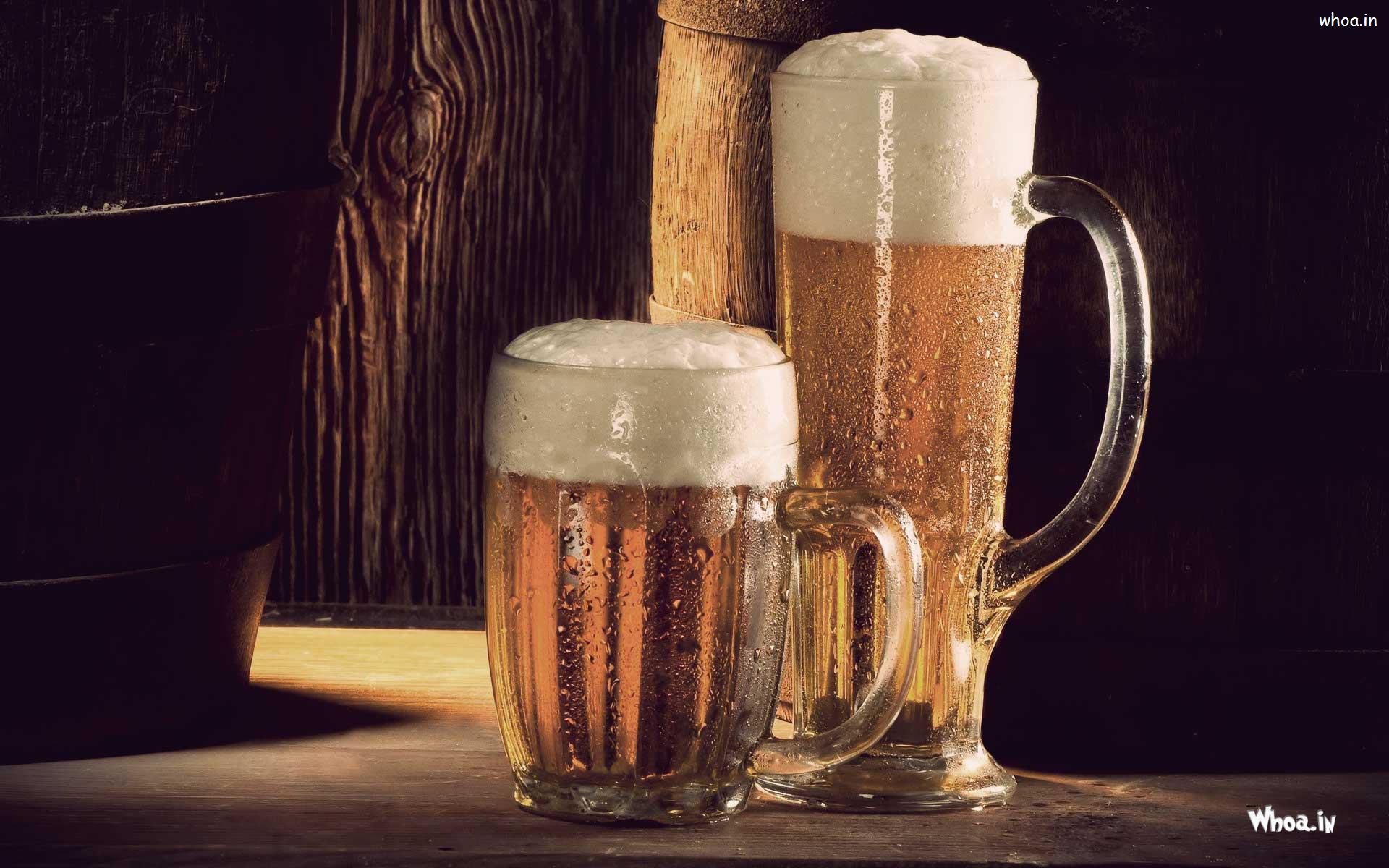 Did you enjoy the day a little too much?

Before I get into how a lot of people might have indulged a little too much yesterday, which was National Beer Day and National Burrito day, let’s get into a bit of history just to make it clear that there’s more these days than people downing the brews and ingesting enough food to choke an elephant. National Beer day alludes to the Cullen-Harrison Act, which went into effect back in April 7th, 1933, thereby allowing mild beer to be brewed and sold. Anyone remember the Volstead Act? No? You might have learned to just think of it as the Prohibition Era, when people were barred from consuming alcohol. That didn’t stop them, they were simply barred from it by the law, which wasn’t one hundred percent capable from stopping people from consuming anyway. But at least National Beer day was created for a good reason, yeah?

It’s a stroke of luck, maybe, that National Burrito day fell on the same date as National Beer day since this particular day has been around since the 1930s even if people haven’t kept it as widespread and well-known. But understanding why burritos are so popular isn’t hard, they’re a nice, neatly-wrapped snack or meal that can be packed with just about anything. The reason why this day came to be is thought to be due to the bedrolls that were often strapped to the saddlebags of donkeys, as the word ‘burrito’ is close to what many people call donkeys. The relationship between the word and its supposed origin is kind of amusing, but it’s not certain if this is the reason for its origin. But really, who cares? It’s a day to show respect to beer and burritos, at least this year, and that’s enough to be doubly happy.

Now, add hot women into the mix and you’ve got a party in the making, so long as the burritos don’t have too many beans in them and people can remain respectful when the beer starts flowing. The only downfall of sexy women on Burrito day is the fact that despite the appearance of a well-wrapped burrito and the suggestions that it might be capable of supporting, it’s not always a sexy meal when one starts to dig into it. Eating a burrito can be a great and satisfying experience, but it can get damned messy too since like it or not, if the sauce inside can find an opening to leak out of…oh, that sounded nasty…then it’s going to.

As a man, there are a lot of things that women can do that will be seen as sexy, but being able to down a brew in a unique way, especially without their hands, is something that will get a lot of guys hot under the collar. The only problem is that once someone downs a few brews and tries to do something like this it can go horribly wrong and become insanely embarrassing. Too much of anything is rarely a good thing, but it’s tough to stop drinking at times when the taste hits your lips, and having a good time becomes the most important thing after enough drinks, especially since stopping means admitting that the party is over. But there does come a time when folks have to think that the party kind of needs to stop at some point. So, who had a hangover today?

There’s no doubt that National Beer day is highly lucrative for many brands.

This is the type of day one expects every beer company out there to observe since it’s tailor-made for the lot of them. Who’s going to come out on top though is up for debate, but it will usually be the company that has the best marketing practices and can convince people that their produce is superior. When it comes to proving it there’s a good reason why people would debate which brew is better and why, but the point of the day is to crack a bottle and have a beer or two, not argue over why one is better than the other. On a day that’s meant to honor beer and not quarrel over who does it best, why even bother bringing it up?

National Beer day is meant to be enjoyed just as much as any other National day and people are bound to go out and do just that to one degree or another. Images like this and the hope that guys can make it happen for them are a big part of why some men go out to the bar and start downing one brew after another. It’s a bit of a stretch really, since beer and machismo don’t always mean that a beautiful woman serving you beer is going to happen. Life isn’t a Happy Gilmore daydream after all, but a lot of guys love to think that it should be. Sure, it’d be great to have a hot blonde bringing you a couple of steins of dark beer with a come-hither look on her face as she parts her lips and thrusts her…ahem, excuse me, got lost my…I mean the fantasy for a moment.

It’s still a day to have fun.

So yeah, National Beer day is just another day to be fair, but it’s still a day when people can look back at an historical event and realize that Prohibition was virtually dead and the good times could roll legally again. In this day and age we tend to take alcohol for granted a lot, and it’s amazing to think that some folks don’t even remember Prohibition since it’s still covered in many History courses in high school and in college. But all the same, it was a day to have fun and drink, and people all over the US are usually down for that. Now there’s just one question I wish I could shout at a lot of people, just for kicks: WHO’S STILL HUNGOVER?!

A perfect shot…I’m not talking about the picture.

Burritos aren’t exactly neat and tidy meals, are they? Of course, some folks that know how to wrap a burrito can make it possible for those delectable rolls of goodness. But a lot of the time it’s easy to see how the overall goodness is going to get pushed out of one end or the other like a roll of toothpaste since it’s almost impossible to keep from just digging into one of these while annihilating it with each bite. Now, watching a hot woman eating a burrito can be entertaining in more than one way. Take the above picture for example, there are a lot of guys that might lose their sh** if the top of this burrito started leaking the moment this beautiful woman bit into it. Admit it, you’d find yourself getting a little excited.

It’s not always the size that matters.

Burritos come in various sizes and it’s easy to think that the bigger they get, the messier they’re going to be since there’s so much warm goodness just waiting to spill out. But sometimes bigger isn’t better since the flavor profile of a burrito can be changed with the addition or omission of one or more ingredients. Between the spices and the bigger ingredients such as meat and veggies, there are a lot of ways to muck up a burrito, and making them too big or too small is a good way to do this. The balance of a good burrito usually comes when a person finds a way to pack just enough so that it doesn’t burst at the seams, and not enough that it’s going to choke a person with every bite. After that consideration, what you put in your burrito is up to you.

Is there such a thing as a bad burrito?

Let’s be fair here, burritos are like anything else, it’s a matter of personal taste and it’s all about whether a person likes burritos in the first place. There are those that don’t like them, but to be fair, you don’t need that kind of negativity in your life. When all is said and done though, a bad burrito could be anything from a badly wrapped tortilla to nasty, expired filling that a person slapped into the shell without knowing (hopefully). But there is such a thing as a bad burrito, and it’s fair to say that this is a culinary crime that might not come with any jail time, but should at least require a mandatory course in how to create a satisfactory burrito. I mean come on, it’s a simple enough meal, there’s no need to fail at something like this.

You normally hear people cautioning others to know their limits when it comes to alcohol, right? But the fact is that some folks love trying out the biggest burritos they can find, even if they can barely hold onto it. It’s fun to watch people try to take in a pound or more of tortilla, meat, cheese, veggies, and other toppings, but you get the feeling that if they do take it all in they’re not going to enjoy the end result that will happen sooner or later. If that thing is spicy enough you can imagine that it’s going to hurt like hell. But it’s fun while it lasts at least.