Should We Legalize Weed To Battle Cartels?

“Uruguay’s president wants the world to lend him a hand in his quest to legalize weed. Uruguay is now the first country in the world to fully legalize marijuana. But how is the country adjusting to the change? 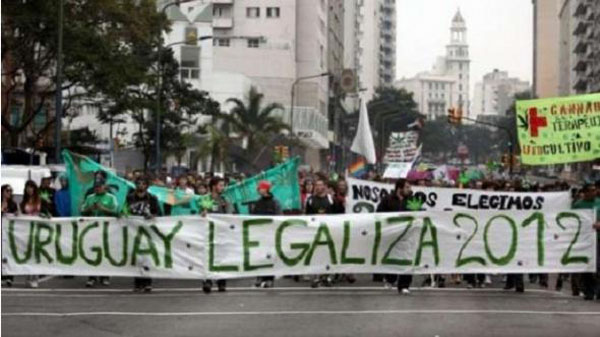 In an interview with Brazilian daily A Folha de São Paulo published Sunday, José Mujica defended his push to legalize the limited government sale of marijuana, calling on foreign governments to support the project.

At the end of 2013, Uruguay became the first country in the world to fully legalize marijuana. VICE correspondent Krishna Andavolu heads over to Uruguay to check out how the country is adjusting to a legally regulated marijuana market.

Along the way, he meets up with Uruguay’s president, José Mujica, to burn one down and talk about the president’s goal of a chicken in every pot, a car in every garage, and six cannabis plants per household.