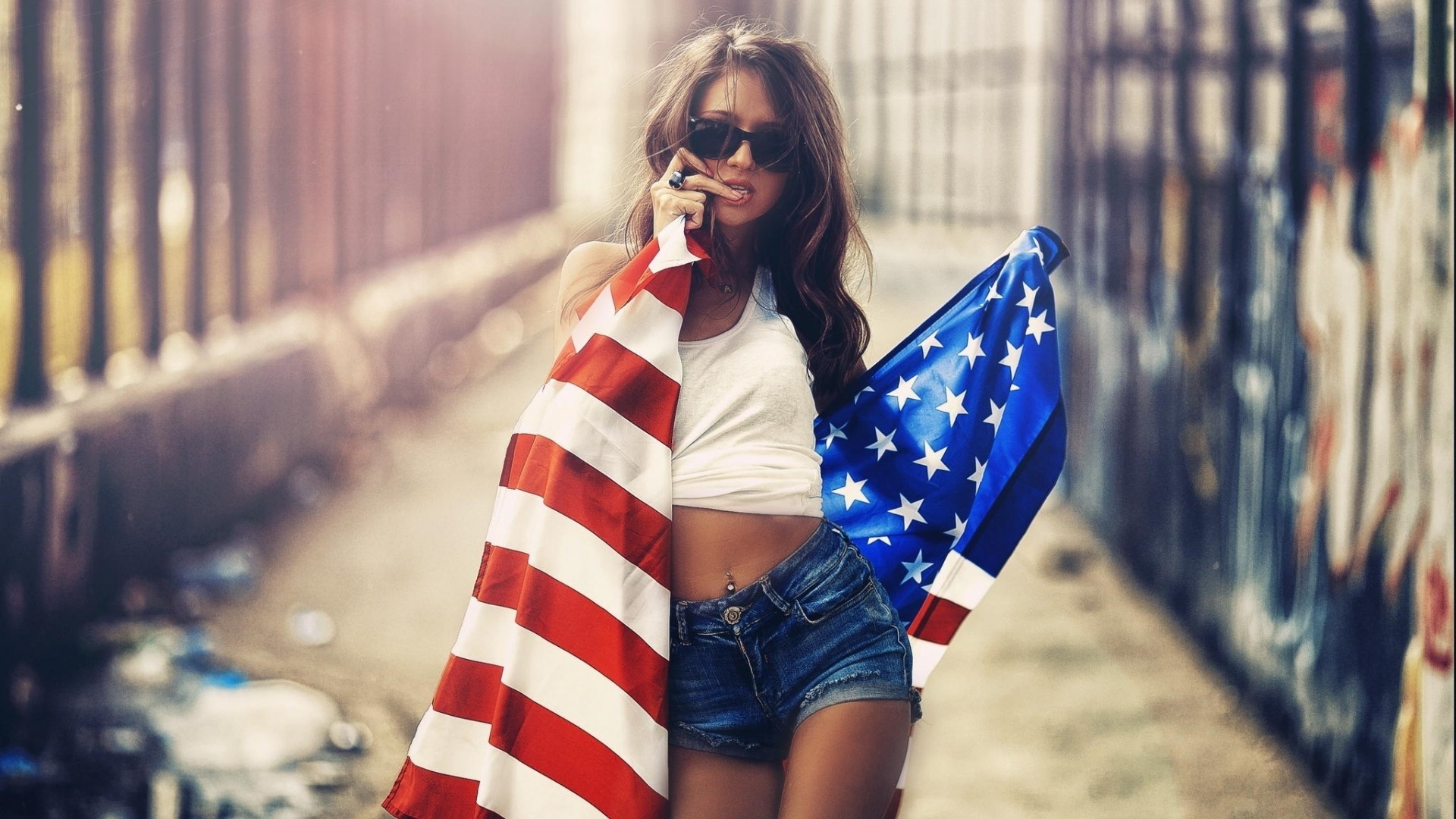 “I think she’s gonna vote“ – Collection of our patriotic girls

A lot of people would say that it’s a beautiful thing when folks turn out to vote, and you know what, they’re right. It’s one of the things to remember about this country no matter what happens or what side of a conversation we find ourselves on, since one thing we all have in common in this country, more or less, is that we’re Americans, and there’s something to that no matter what it means to each person that rests under the protection of our flag and nation. Plus, patriotism can be just as sexy as anything, and here are some beautiful photos of girls who love their US of A, in all the right ways. The way they express our love really rocks our boats. I think they are gonna vote, and you?

This lovely lady loves her country so much she body painted the flag over her nipp… I mean, body.

This cutie is also going to vote right after she finishes her drink! We don’t really see her face but the important thing is that she loves her country. And her cleavage is the bomb!

And look at how caring this sweetie is! She is trying to cover a tree with her American flag. She is going to vote for whoever she feels will do the best job – that is, as soon as she puts some clothes on.

Also, this is how @lunalovebad showed how we should vote the last time. We believe she will do a similar thing this time, as well!

Do you like our beauties who are probably going to vote? Listen to them, be model citizens!

The reason patriotism is Radass is that no matter where we come from, no matter what issues we’re facing, or the history that people want to push, or the ideas that clash like teenagers fighting over which comic book character is the best, America is a great nation to live in. Is it perfect? Nope. Is it the best in the world? That’s debatable, but let’s just say that it’s a great country that tolerates some truly confused people, so it’s pretty great.