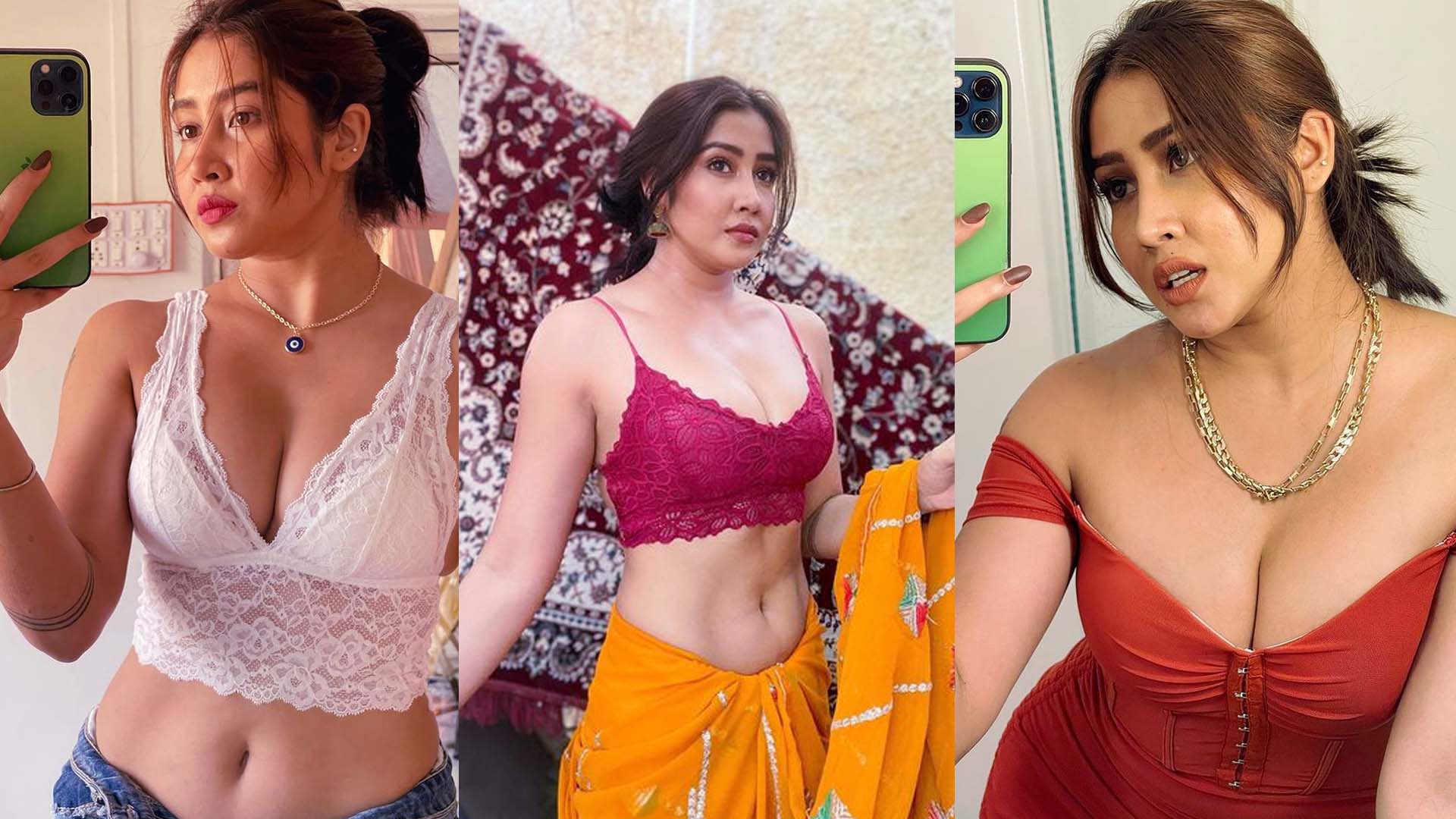 Opinions about influencers change quite often, don’t they?

It’s best, to be honest when stating how you feel about influencers, so I’ll come out and say it: I don’t have a great deal of respect for all of them. As human beings, sure, it’s easy to give some respect. As hard-working individuals that do something useful, not so much. But whether some of us like it or not, influencers can be likened to mosquitoes or flies. They’re useful, but a lot of people are hard-pressed to remember why. In all fairness, some influencers are quite easy to respect since they follow the rules of society and they don’t make waves when it comes to getting the perfect shot. Those that respect the society they’re a part of when doing their job are those that are easy to respect even if one can’t always agree with their profession. Influencers do have a place in society as it stands now, but there are times when it’s easier to shake your head and wonder aloud what in the world they’re actually doing to contribute to society, other than purchasing the things they use in their pictures.

That however kind of validates their existence online since they are doing a service to many companies that are trying to push their good and services to people. Not everyone is surfing the same digital waves on the internet after all, and it does make sense to allow influencers to keep pushing one site or one clothing line or one…whatever, to sell more products and get more attention for one brand or another. It’s easy to appreciate some influencers since the way they look and the fact that they’re not doing anything wrong when they’re doing their thing gives one the impression that they’re doing this for the good of many and not just to line their pockets. Well, they are going to line their pockets, that might be the point along with the idea of getting the brands they’re pushing to take off in a big way.

But there are plenty of influencers that make the game a little more challenging for the rest of them since they bring their A-game in a way that frustrates everyone around them and doesn’t take into consideration the feelings of others or the terrain that they’re trying to use for their picture. It’s all well and good if they have permission, but those influencers that act like assholes are those that many people use as an example for influencers in general. Those that make insane demands and ask for everything without giving nearly enough are among those who make it tough to respect those who actually put in the work and make sure to get permission and take into account their surroundings. Unfortunately, the results make some people forget about the process that many influencers use since the impressive pics that come from their ‘hard work’. It’s still a little too easy to scoff at that idea since hard work usually means coming home exhausted because one has actually been using their skills in a manner that taxes the body and mind, at the same time. But lets at least give some influencers credit, they know how to get the job done and get paid without having to exhaust themselves. For those that do it right, that’s impressive. For the other folks, well, this is where it’s best to leave some things unsaid.

Influencers do know how to get attention, that’s for certain.

Honestly, influencers know how to get the attention they want.

It’s fair to state that a lot of people don’t look this good naturally, so obviously, influencers need to take the time to make sure that every possible line and article of clothing is the way they want them to be. This means that they know what every pose and every look does, and how the formation of a picture can affect the mood of those who are taking a look at the product, and the person wearing it. Clothing influencers know how to make themselves look appealing in ways that might actually make people want to buy whatever product they’re pushing. Hell, the right pose and the right look might make people forget that they had no desire to buy anything.

Lingerie influencers are a dime a dozen.

Seriously, hot women in lingerie can be found all over the internet, and to be fair, they are a dime a dozen since looking at hot women all day long is not quite as exotic as some think. After a while, a hot woman is just, well, a hot woman. There’s no need to downplay their beauty or their desire to push a product and their own site, but trying to determine how many individuals there are out there and who is the best at what they do is kind of difficult since some do more and some do just enough to get their site working and to keep traffic coming in. It doesn’t feel as though it takes much for people to get excited by lingerie, either the wearing of it or the appearance. But trying to figure out who to follow can be difficult simply because there are so many influencers out there to choose from.

Hot female influencers manage to gain a lot of attention.

Hot women only need to pose and look good to get attention, right? Well, it’s not totally inaccurate, but the truth is that the pose, the look, and the attire can make a huge difference, and influencers are well aware of this. You could say that they’re students in a way since they study, they practice, they prepare, and they seek to perform in ways that appeal to those who click on their site and decide whether they will or won’t buy certain items based on how they appear in the picture. As for the hot women? They sell the product, but they do one of the most important jobs that any influencer learns quickly before they get going. They look good while doing their job. Yeah, it’s kind of that simple, even though it gets complicated quickly.

Influencers often just wear what they need to flaunt it.

There are a lot of different types of influencers, but given that we’re talking about hotties it’s fair to say that lovely women such as the one above get away with showcasing just what they need to, meaning less is sometimes a lot more when it comes to selling their image as well as the merchandise that they’re pushing. Now, it’s probably not bound to look as good on some of those who follow the influencer, but really, who cares after a couple of seconds of looking at this?

Influencers know how to get attention.

Hot female influencers know the game, they’re kind of born into it in one way, but those who know how to flaunt what they have are tailormade for it. A good-looking woman that knows how to take care of themselves and knows how to apply makeup, pick the right clothing, and how to pose provocatively enough can sell just about anything. If you think any differently you might need to check your pulse.

Influencers are varied in their looks just like anyone else.

I’ve said that a lot of good-looking women that become influencers are easy to get bored with, right? Well, let me backtrack on that just a bit by saying that too many who share the same look and fashion design are boring and easy to look past. Those that have their own style and push it as much as possible are fun to look at and easy to get excited over.

Their pictures are rarely unimpressive.

I’ll admit that it might take time to find the right pose, and the right lighting, and to make it all come together. But despite any thought that it’s still an easy job, the results usually speak for themselves since an influencer’s pictures are rarely, if ever, boring enough to just pass on by without even a side glance.

Glamorous is kind of the default setting for influencers.

It’s easy to see beautiful people when looking up ‘influencer’ on a Google search, isn’t it? There are plenty of influencers out there that aren’t gorgeous and don’t have the look of a supermodel, but be honest now, are you going to pay more attention to a glamorous woman like the one above, or a frumpy and average individual that’s pushing the same product? It might sound like an asshole thing to say, but gorgeous women sell things like lingerie, swimwear, and high-end merchandise, while those with the gift of gab sell just about anything else.

Some are easy to respect.

It’s not hard to respect an influencer that grows their site on their own, does the legwork, and is respectful when it comes to lifting up their own brand. But those that break rules because they don’t believe that they need to pay attention and those who give other influencers a bad name tend to act like a wet blanket for the rest of them.

They’re people, that much is true, but sometimes they’re annoying people.

I’ll be honest, I don’t have a lot of respect for influencers that think they’re the center of the universe and do anything and everything to get their pictures. But those who perform their tasks with respect for others and compromise when they need to for a shot, keep it up. There’s more than one type of influencer, and the respectful ones are making it work.

Influencers do have a purpose, but sometimes it’s tough to figure out what that might be. The more respectful among them are easy enough to get along with. But those who trample over everything and everyone, well, they make money, but they don’t earn a lot of respect. Influencers are a diverse bunch, that much is obvious.