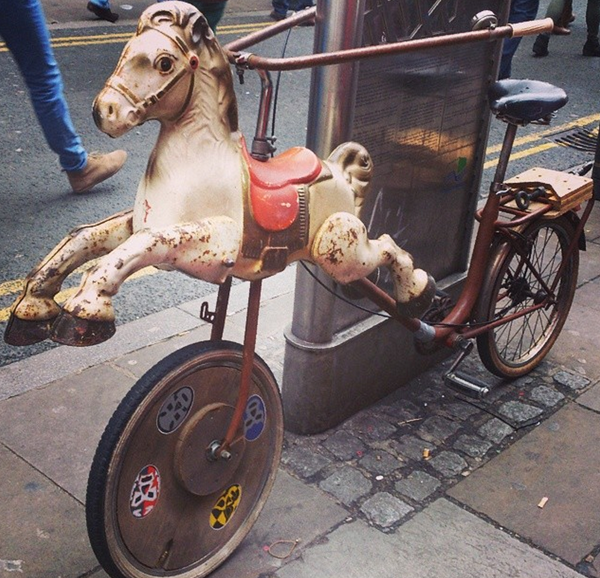 Hipsters Have Gone Too Far

I’ll put it this way when it comes to hipsters, they do have good ideas at times and they do know how to conform to societal norms, it’s just that they don’t tend to do it that often.

You know what’s really funny? You could pay $40 and up for this, or you can go to the dollar store.

Is this what happens when you tell a hipster there are other fish in the sea?

As if some dogs weren’t fancy enough…

Normally I’m willing to say to each their own, but holy damn…

Unless you’re a pirate, this will never be cool.

Being extra must be a prerequisite.

What’s really funny is that the hipster probably cares nothing about the welfare of this animal.

There are these fun places called forests where you can actually find a stump for free, but they’re not in a designer shop so…

Nostalgia is nice and all, but seriously, this is extra.

If it suits your needs, I guess.

It’s not exactly street-legal, is it?

Has he got a pair of sandals strapped to his head?

How hard would you laugh if there were bugs hidden in these flowers? My jaw would be aching.

He looks like he belongs in a Daft Punk video.

Great, a new definition for ‘a little tail’.

Now, did anyone ask that toy horse if it wanted to be attached to that cycle?

Human, you have two seconds to remove this…

I would say that this is a Little Rascal moment, but I actually liked that show.

I’m starting to think that being a hipster simply means you have to be extra all the time.

To each their own…but damn.

See, this is one reason why it’s hard to take hipsters seriously.

Somehow this reminds me of a soft-serve cone.

That’s a bit harsh, but everyone has their opinion.

For the most part, it’s best to leave hipsters to their own devices and not worry too much about it. But if any of them happen to tell you that you’re wrong when it comes to living your life…hell, let ’em have it.