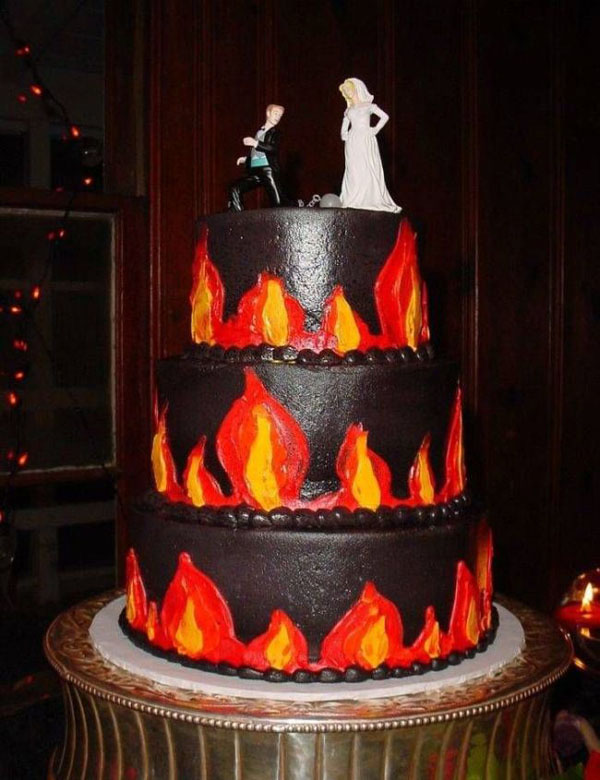 Divorce Cakes That Are Better Than Wedding Cakes

It’s a strange thing to celebrate, but if the marriage was that bad, oh well.

Seriously, how bad were some of these marriages?

Saying it with cake makes it a little sweeter.

One hopes that your soon to be ex can understand acronyms.

Oh, you didn’t think that guys could be petty?

Why is it women that get violent so quickly?

Beware a pissed off woman with a skillet.

But men are the ones that perpetuate violence, right?

Take a long walk off a short cake…

Let’s be honest, some guys deserve this, but the sentiment is still kind of wtf.

Women are savage during a divorce apparently.

So, is he escaping hell or is he about to plunge into it?

Guys can enjoy a divorce too, sometimes.

True, a guy that HAS to be told this is looking for validation…

The fact that this is being celebrated…damn.

She looks waaay too happy.

But say what you’re REALLY feeling.

This does seem like the time to go savage.

I’m telling you, women get vicious during a divorce.

Simple and to the point without being threatening, it works.

I expect to see you on an episode of Snapped madam.

Yeah, this can go both ways.

At the corner of Dissed and Dismissed.

In all fairness, you did choose that asshole. So what does that say about you?

See? I told you it went both ways.

Take a whiff before digging in, just for safety’s sake.

Divorce isn’t exactly something to celebrate, but if a person has been through a trying and dead-end marriage it could be worth heaving a sigh of relief. But a celebration feels like bad karma in a big way. Just be careful what kind of energy you put out into the world.