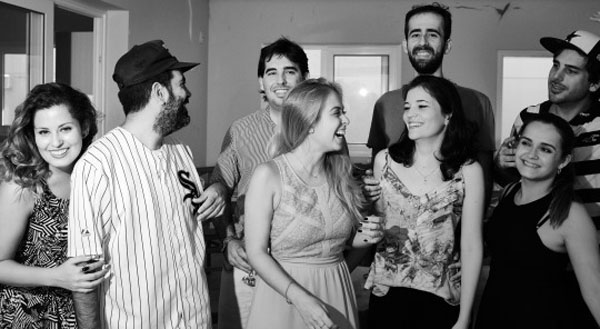 We Caught You Partying

Alcohol, why do you do us wrong?

He wasn’t about to slip off the couch at least.

Yeah, you say that now…

So she can reach but he gets blocked? Party foul.

I’m sure I don’t want to know.

How it starts is usually easy to figure out.

It’s said don’t judge by appearance, but this one’s a little too easy.

This guy looks like he’d take pretty much any dare you threw at him.

Are the beer goggles on or is this genuine?

Sometimes you just have to laugh.

Aaand neither one of them should be in the waves it would seem.

Do we want to know?

It’s not all crazy, but…yeah.

Sometimes it happens, the drunker you get, the more naked you get…

Yeah, it’s not that kind of pic lady.

And who’re you checkin’ out lady?

Irony is hard to figure out.

It looks like a regular day on the porch, right?

Then people start dancing, and that’s where it starts.

Some folks don’t want to wait.

And then we get to this, and everything goes to hell.

There is a point when you get fuzzy and start to wonder what’s going on.

Someone’s trying to be fancy.

Remember what I said about being fuzzy?

It’s not a mug shot, but it might be a prelude.

The before picture, meaning before the Sharpie’s are taken out.

You can imagine that there are moments that people don’t remember…for good reason.