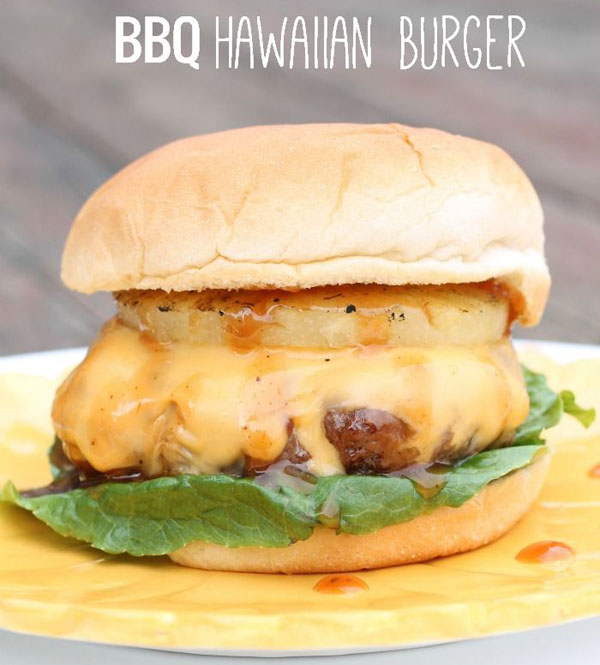 A Mans Guide To a Good Burger

It’s not entirely easy to mess up a burger unless you’re making it with your eyes closed, and as it’s been done for years, 2022 is bound to see this idea continue since no matter how mucked up some burgers look, they can inspire new ideas that might work if they’re tweaked just a bit. Let’s take a look at some of these culinary creations to find out what works and what could be adopted in the coming year.

Well, first off, the idea of seeing a flower on your plate isn’t all that great unless people expect it, as long as it’s not toxic or anything. But the cheese wrapped around the top bun is interesting even if it feels kind of messy.

That bun almost looks like a biscuit, which is interesting but could be intriguing to eat as well.

Messy is usually pretty good, yeah? The flavor profile feels as though it might be kind of tangy with a hint of sweetness to it…maybe.

It’d be nice to hear that this is two burgers stacked on each other, but something tells me that it’s meant to be served like this.

Let’s hope like hell that the big, kind of sloppy tavern burger never goes out of style.

There’s something about fruit on a burger that doesn’t sound right, even though one could argue the point when putting tomatoes on a bun. But really, pineapple has an entirely different flavor that adds more sweetness than anything.

Fries on a burger is nothing new, but it’s still something that people might find the need to debate about.

A fried egg with a burger is great, and it’s fair to say that the mess is just kind of a byproduct that people will like or hate.

In 2022 it doe feel that the trend could continue to change when it comes to burgers since this is one of the more versatile meals of all time.

The classic looks don’t really die out, do they?

This honestly doesn’t look that appetizing from a first glance since it looks like a pile of worms, but it’s fair to say that some might look at this and at least want to take a bit.

Meat and cheese between a pair of buns, that’s the usual look of a burger. But adding on various things that add to the flavor profile is something that many people find enticing when cooking a burger.

A double decker burger typically only has one set of buns, but there’s always room to do something different.

This looks more like breakfast, but just imagine if one could get something like at a fast food joint, instead of the carefully shaped things that are served now.

For some reason some folks still love the hard buns that are toasted and offer up a great crunch, but hey, to each their own.

Those big chunks of avocado might look great to some folks, but they look a little chunky.

With some burgers it looks more like someone is trying to be turned into relish trays.

Some of these burgers couldn’t reasonably be served in a restaurant and definitely not in fast food since they would become too expensive unless business was insanely good.

Biting into a patty or biting into a mouthful of what feels like flavored much can make a big difference.

Look at that burger, it’s like a siren waiting to capture an unwitting sailor…

That is a big hunk of raw onion.

Some folks don’t mind eating a burger with a knife and fork, but others might feel it’s a little off-putting.

One of the biggest appeals of any burger is how it looks, so some of them have to taste amazing to compensate.

Mushrooms on a burger are great, but it’s usually best if they’re integrated with the cheese.

There is a certain amount that can be sticking out from a burger before it’s considered to be too messy.

This almost has that assembly line feel that can be good or way too predictable. But the look is interesting.

If mushrooms are laid on a burger as they get laid on a steak it’s visually appealing, but it’s a mess to try and eat.

That is one big hunk of pineapple.

That almost looks like a lazy day burger that someone gave up on halfway through.

First, it almost looks as though there’s a potato on the top, and it might be chicken instead of beef. And then, those slabs of avocado are hard to get past.

That spread looks like it would taste interesting, but it might be a bit thick as well.

If a person had no idea what was in this burger it might be a rude awakening depending on food allergies or their sense of taste.

Somehow this feels a little underwhelming, but the truth is that too many and too big of onions can detract from the burger, just as too few and too little can be kind of pointless.

Bleu cheese and beef actually works so long as there are other ingredients there to bring them together.

Bell peppers on a burger? That’s what it looks like at least, and given that they don’t have an overwhelming taste of their own and a great crunch, it could work.

Is this an In-N-Out burger? It sure looks like one.

This almost feels like something you’d see in a cartoon.

There’s only so much mess that people really want to deal with.

Sometimes a person really needs to wonder what will go together.

Admit it, all that was worth getting to this picture, right?

2022 isn’t likely to see the nation go on a health kick as has happened in the past, since despite the keto diets that are out there and everything else we’ve seen come and go, people still enjoy eating with their eyes as well as their mouths. Visually appealing meals are still bound to win out over sloppy but good comfort burgers. At the end of the day though, practicality might win out in 2022, which means it’s all food and whatever way it can be done, people are there for it.