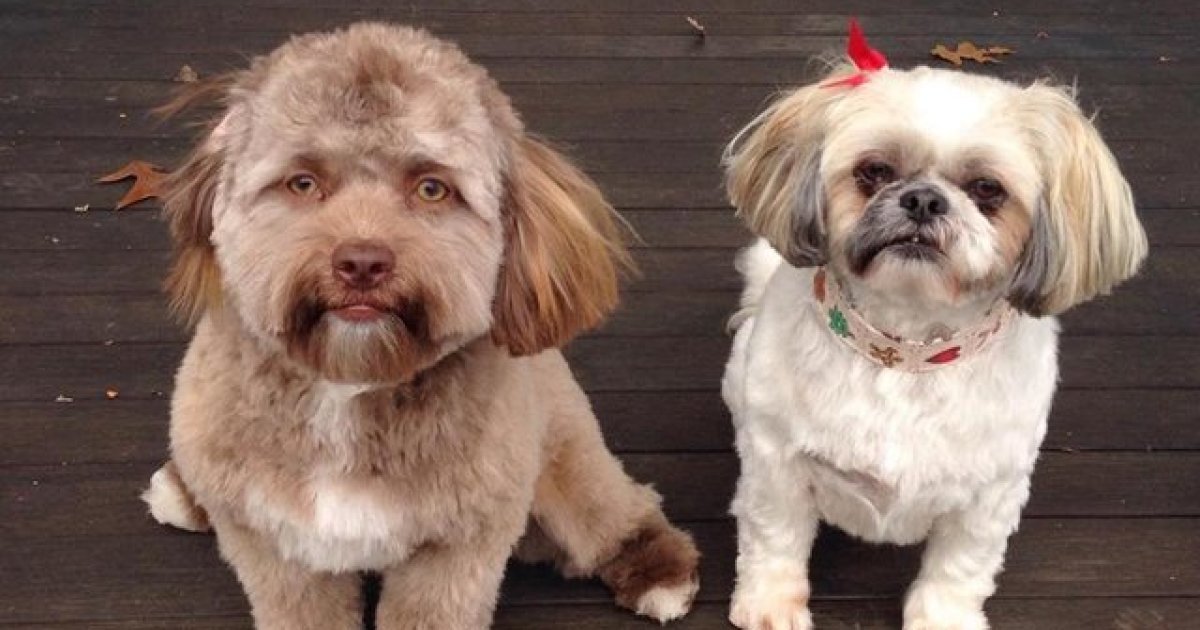 A dog has a human face & a calm expression, the unbelievable pictures. Warning: baffling pictures ahead.

This dog named Yogi is a Shi–Tzu– Poodle mix, (also called a ShitzPoo, but not because of his bowel movement abilities). His owner, Shantal Desjardins, posted a picture of him, next to another, normal-looking dog. This is NOT PHOTOSHOPPED.

At first glance, it seems like CGI or Photoshop. It’s only when you look at more pictures when you realize that Yogi is a very special dog.

Yogi stares dramatically into the camera:

So what is it about Yogi the dog that makes him look like a human?

Perhaps it’s the way he looks deeply into the camera, perhaps it’s his skin- like fur color that resembles a human complexion with the light hitting all the right places,  perhaps it’s his haircut, or stance, whatever it is that makes this canine look human, it’s one of the weirdest things we’ve ever come across.

To pick up chicks, of course! Who can resist the urge to stop and stare at this dog? No one! Especially hot girls. If she says she likes your doggie’s style, she’s a keeper.

Contact your local dog shelter to find your own special friend. Maybe he’ll have a human face, maybe he won’t, but he’ll be your best friend for sure.

Yogi with his owner:

That stare kind of makes a person think that Yogi might be the one that dictates who gets close to her and who doesn’t, even if she’s married.

As off-putting as the weird and unusual aspects of life can be, they’re still to be embraced when possible since guess what? That’s life! Take this from the pictures above, life is bound to throw you a curve from time to time, just accept it and roll with it.