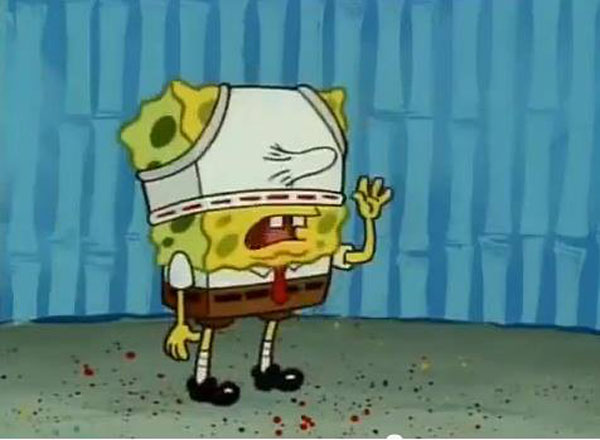 Children’s Cartoons Can be Very Naughty

You’ve likely noticed a few dirty jokes in your Saturday morning cartoons over the years and now that some of us have kids it’s even easier to notice, and some folks might have even outlawed these cartoons in their homes, if they’re still on that is. It’s easier to talk about them as we go along, so let’s just get into it.

Feel free to have a laugh or three.

Short, bald, and pudgy, and yet he gave her the D and she fell in love it looks like. Eh, eh?

Sounds like Cosgrove loves his steak, but these days that doesn’t mean he couldn’t get married, unless he REALLY likes it and wants more than one type.

Strangely enough, telling your kids that they were ‘mistakes’ isn’t such a big taboo any longer, so long as they were ‘happy’ mistakes. Of course, that happiness takes a while to kick in.

Let’s get real, the Animaniacs got away with a lot of stuff that would make the uber-sensitive of today faint.

Sometimes being TOO fast isn’t all that great of a skill.

Honestly, this joke has been used so many times that kids don’t really care about it.

Sometimes you’ve just got to shake your head and walk away, laughing the whole time…

This joke is pretty obvious, but it’s one that a lot of people don’t want to talk about for some reason.

How many men, teenage and up, would stand in line if Harley asked this in live-action?

If anyone hasn’t realized how much innuendo there is in Spongebob, then they’ve proved that ignorance really is bliss.

One thing is rather apparent, that young kids don’t understand a lot of what’s going on in their cartoons.

Ed, Edd, and Eddy were those weird kids in school that knew WAY too much about sex and not enough about the world around them.

How many people have gone off the rails worrying about animals being given the physical characteristics of humans?

You’ve got to wonder what would happen if cartoons did make good on their innuendo. TV would change forever no doubt.

Personally I would have been saying I needed alone time…nope, that still sounds pretty bad.

THIS, this is why you don’t pause a Disney movie.

Maybe Spongebob should learn to walk on his hands and see what kind of response he gets.

How many people ever really left Woodstock?

Dexter’s Laboratory was definitely on another level.

Some of us might have noticed these things early on, while others might just be catching on now. But let’s be honest, most of these are damned funny.