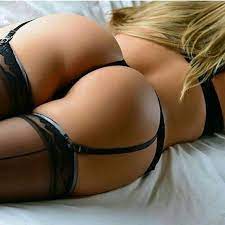 What is it that men like about a woman’s backside? Is that it can be soft and cushy but also firm enough to bounce a quarter off of? Or maybe it’s the pleasing shape of it and perhaps even how it feels when it’s pressed up against us. Hmm? It’s hard to say, but when taking into consideration the technology used today and the number of women that have taken to the internet to show off what they’ve worked hard for and in some cases have developed naturally, it’s hard not to show a great deal of appreciation for the ladies and for Instagram since out of the many platforms out there it’s become one of those that people can’t help but show themselves off with. I get it, my brothers, just like Sir Mix-a-lot said, we like big butts and we cannot lie.

Grading on a Curve

Is there any downside to a woman with a great a$$

It’s an odd question, isn’t it? You wouldn’t think there would be any obvious downsides, apart from the woman maybe being a cheater or a player that was looking for a sugar daddy and nothing else. But there are a few things to think about when being with a woman with a great backside.

They’re attractive as hell, aren’t they? But once you look past the fine figure and beautiful face, that could change. Going after someone for their body better just be the tip of the iceberg, otherwise, you’re bound to drown when attempting to get to know someone.

The upside to a woman with a great a$$

There might be a few downsides, such as narcissism, materialism, and a lack of being able to get with men that aren’t attractive enough for them. But women with these kinds of bodies aren’t all that shallow, and there are definitely a few good things to say about them.

Oh, you thought we were going to announce the best ass on this post? Nope, that’s all on you, the readers, and I’m betting that a few of you already have a couple in mind, if not more. Seriously, these women are all beautiful in one way or another, and barring getting to know them, the next best thing is trying to decide which one of them is actually the hottest a$$ on Instagram. Take your time, don’t rush it.

Picking the best booty isn’t easy, but looking at all of them to make that decision is as simple as it gets. Of course, you have to remember what you were trying to do.