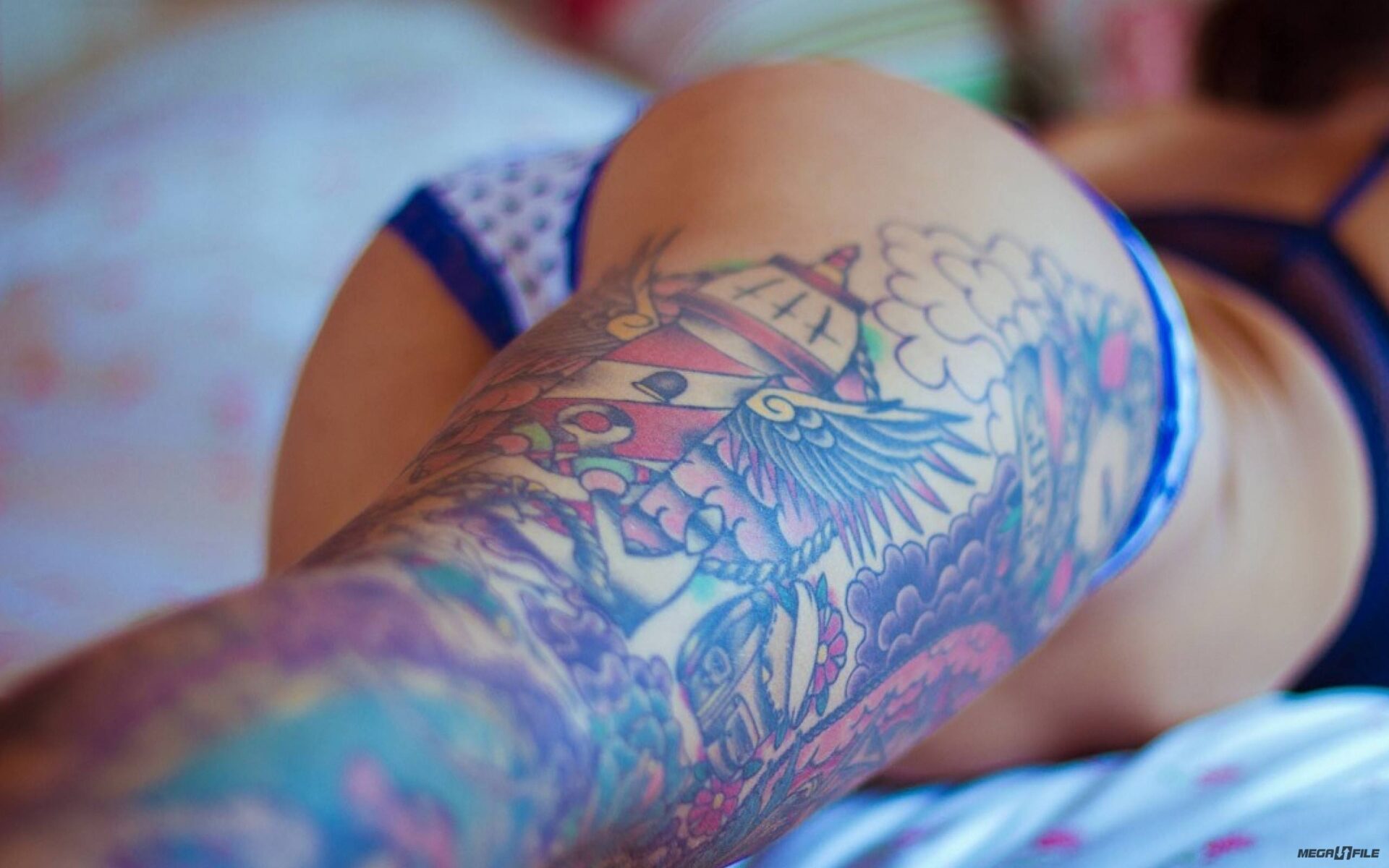 A good tattoo can bring a tear to the eye…in one way or another.

A lot of people think about getting tattoos, and a lot of folks end up getting tattoos. But the difference between being proud of your choice and feeling like you need to hide the art that now adorns your body has a lot to do with how it’s presented.

Placement and quality do matter.

Now matter what it means, that’s some damn fine artwork. It’s easy to imagine that it took a while though.

The healing process for every section of this tableau must have been a serious pain in the ass, no pun intended. But the end result is great.

To tell you the truth, the work is great, but it leaves a person wondering why in the world the bearer of this image would want this on their body. Hey, to each their own, it’s just odd is all.

I mean, I can think of worse things to put there. It does make a person wonder how tender that area was for a while after this.

So how about it, you want to hum a few bars? It’s easy to think that this woman might have heard one variation or another of this joke now and again. To be fair though, the placement does leave her wide open for such a remark.

Your body is a story, go on and tell it.

Usually every tat a person gets means something, and eventually a person can tell their whole life story through their ink. It’d be interesting to sit down with someone that has this much work just to hear why they picked the tats they did.

This looks rather haunting, but also alluring. Some folks get tattoos for the hell of it, while others have a set goal in mind when they get one.

Tattoos that ride high on the cheeks or just above the crack always make me wonder about itching and chafing since we tend to use that part of our body extensively every day. It’s fair to think that they’re no worse when it comes to healing than any other tattoo, but the whole thought of it still makes me cringe.

Y’know those folks that say that tattoos are a desecration to the body and that women in general shouldn’t be getting tattoos no matter what? Yeah, feel free to smile at those people and tell them to piss off, it’s none of their business and you don’t need that negativity in your life.

It’s kind of odd to see a person cover the top of their body with tats and then run them all along one leg or the other. That’s a strange choice, but at the same time if the artwork is this well done it’s fair to state that it doesn’t matter.

When the tat is this well done, do you really care what it means?

There’s nothin’ like a bit of a nip slip, right? This might look a little rough to some, but personally I like it since the buxom wench is tatted up herself, which is impressive and meta at the same time.

This makes a person think that she’s looking for the right man that might have key to unlock this particular treasure, yeah? It’s a thought at least.

The way tattoos can be made to flow up and down the body is stunning in a big way, since the overall look is great enough to appreciate on just about anyone. But on a gorgeous woman the effect is even greater.

It is kind of interesting to wonder how much pain might be experienced when a woman gets a tattoo beneath her breasts. In all fairness, it’s not just the pain of the tattoo, it’s the healing process when these start to itch.

Not everyone can pull off a tribal tattoo, but the way that some of these are done is absolutely gorgeous, and the body it’s attached to looks fine as hell too. Tribal tattoos are one of those things that a person needs to earn in one way or another, since that is a part of someone’s culture to be fair.

Not all women with tats are bad girls, just the fun ones.

I do have a thing for redheads with tattoos. Something about them, that fair white skin and blazing red hair with dark ink on their bodies…oh yeah.

Hand tattoos are kind of interesting since there are some tattoo artists that don’t like to do these, while others don’t mind. It does make sense considering that if one works with their hands that the tat might not last quite as long before it needs a touch-up.

These tattoos down by the crotch are alluring as all hell but the general feeling is that if your woman ends up getting one, you might not be getting busy for a week or so. Hey, that’s the price of beauty.

This tat looks like she’s shaking her ass at you, doesn’t it? For being as simple as it is this tat is actually kind of fun.

If this woman is cosplaying it’s made even better by the hexagonal pattern she has going on her neck. Sometimes tattoos can make a great look even better without much help.

Wow, that sounds like a party, or an invitation to a venereal disease. Either way, it’s the kind of warning that one can’t help but test since, well, men are stupid sometimes. That’s right, I said it.

Your tattoo is an extension of you and no one else’s business. As for women having tattoos, leave them be. Some folks look like hell with the choices they make, and others look drop-dead gorgeous.