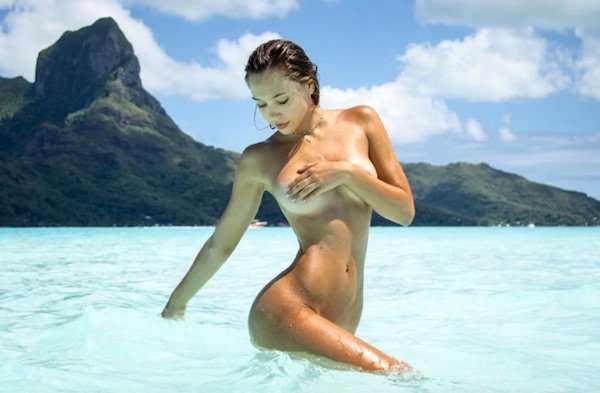 gram model Alexis Ren over here at Radass. She pretty much gets paid to go on incredible vacations and wear bikinis on the beach and to be perfectly honest, I’m completely OK with that.

Alexis Ren’s career in the modeling industry has taken off over the past couple years. One of the reasons she is so popular in the industry is due to the corny adventure videos she used to take with her ex-boyfriend and male model Jay Alvarrez. The two were dating and traveling the world for a couple years and the videos, as you can imagine, went viral, racking up millions and millions of views.

You get the point. They appeared to be in a perfectly happy loving relationship, but there’s clearly more than meets the eye behind the scenes. The two split a while back, and Alexis finally decided to talk about it. Straight up unloading on Jay.

He’s got a small dick too

Seems to me like too much money, fame, and beauty got the best of them. Jay you blew it.