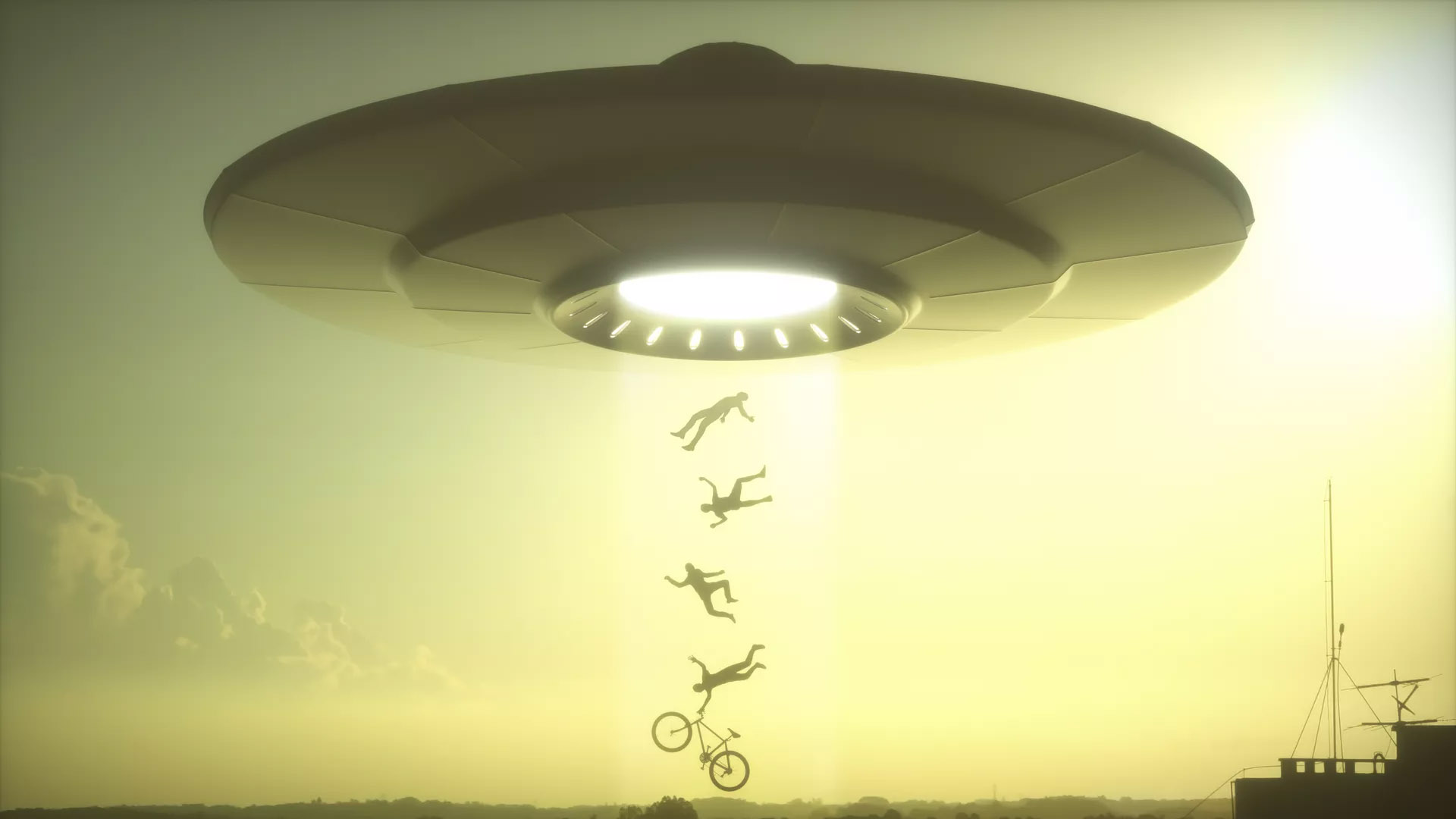 Well, the short answer is that as a planet and a species, we could be screwed. The long and more convoluted answer tends to branch off and become a series of answers, beliefs, theories, and ideas that have spawned a vast number of different movies and TV shows that cover everything from action to the morality of humanity and how little we really understand about anything outside our sphere of influence. But one thing that a lot of people are willing to say when asked about aliens is that if they are real, then it proves that we’re not alone in the universe.

Yeah, that sounded a little dumb to me as well.

Thinking that we’re alone in this universe and that humanity is the pinnacle of evolution and creation is, well, kind of depressing since it means that we would be setting the tone for the rest of creation. Seeing how our species has done so far doesn’t always inspire a lot of hope, but somehow the belief that aliens are real manages to get people pumped up in a way that faith can’t always accomplish and absolute belief tends to drag down more often than not. If aliens are real, they’re often turned into a lifeline for the species, a way to believe that there’s someone out there that can teach us how life is really supposed to go. Somehow the thought of leaning on another species as a means of learning more about the galaxy doesn’t inspire a lot of confidence in the human race’s ability to figure things out on their own.

Maybe we should kick this idea of what it would mean to us, as a species, if aliens from other worlds were real.

If aliens are real, why in the world would they come here?

A lot of people would and have tried to float a number of different reasons why aliens would try to make contact with us, but the reality of it is, do you really like wandering into a place where fear and uncertainty are bound to set the locals against you? Look at it this way, there are enough alien, sci-fi movies and TV shows out there that depict extraterrestrials in ways that make it clear that they’re only here to dominate or destroy that anything that doesn’t look human is bound to be attacked on sight if they so much as extend a finger or other appendage in our direction. The human response to something we don’t know tends to lean toward fear and disgust more often than acceptance and understanding, no matter how many people want to preach the opposite.

Why in the world would any alien species want to deal with us save to act as an exterminator, especially when one of our first responses is to lash out in fear? Seriously, one of the best ideas of how aliens might react would be to treat us like an infestation that’s slowly but surely degraded a perfectly working system. Maybe that’s why so many movies are about aliens wiping humanity out. It does make sense if you think about it.

If aliens do make contact, there’s a good chance that humanity is screwed.

I know, I know, a lot of people are going to say that aliens already HAVE made contact, I get it. But if they decide to make themselves known, one thing keeps reverberating in my mind, and that’s the fact that these are beings that have mastered space travel, and therefore likely had to master the rigors of such a thing and many other things before. How in the world do we stand a chance against that? There’s nothing to say that they have ray guns or weapons that can disintegrate us from the inside out or do something even worse, but there’s nothing saying they don’t either. For all we know they could think of something and our anus would unfold itself and turn into a flesh-eating monster. Yeah, gross, but c’mon, imagination is always going to build up to something that we don’t fully understand.

People have thought up so many different ways that aliens might trump humans that coming up with an imaginative way to state that we’re bound to be viewed as mud-dwellers has actually become a little tough at times. But unless you subscribe to the idea of Star Trek, which appears to state that we’ll get the hang of things and be running our part of the galaxy, then it’s very likely that humans are going to be seen as juvenile and easily managed by a space-faring species that can likely annihilate a large portion of our population in a short period of time. Yeah, it’s grim, but it’s just one explanation.

Besides, most alien movies and TV shows end up showing how resilient and undeniably stubborn humanity can be since there’s always some way that humans get to make a comeback and save ourselves before total destruction. About the only time that humanity really appears to be on the verge of extinction is when there’s another way out and the writer has included enough plot armor to make certain that the species survives.

Why would our world leaders keep something like this from us?

Yeah, that’s a serious question that’s been tossed about. But good ol’ Tommy Lee Jones answered this while playing a role in a movie based on aliens living among us:

See? There’s no arguing with Tommy Lee, er, K, on this one, since people prove all too often that on their own they might actually be intelligent and able to reason through things. But once the number of people that know about something grows and grows, the herd mentality takes over and all it takes is someone yelling ‘We’re gonna die!’ to create a stampede of fear that overrides better sense.

Now to be fair, we don’t have the greatest leaders in the world, no matter where you’re from, but it’s not hard to think that they know about herd mentality and don’t want it to be used against them. They have no trouble using it when such a thing is being utilized in their favor, but many world leaders know that if the herd turns against them there’s not a lot of hope that it can be stemmed without a shock and awe moment that could only compound matters. When it comes to aliens being real, a lot of people respond with fear and uncertainty, which is like a powder keg just aching for a match.

The long and short of it is that if aliens are real, then the whole game of life changes.

Everything from the belief in little green men to anal probes to terrifying creatures with acid for blood has been thought up by humanity for many a decade now when it comes to aliens. Whether they’re bound to be space travelers without a mean bone in their body and a profound curiosity for what earth has to offer and what humanity is all about, or space-faring conquerors that don’t give a shit and just want to subjugate and destroy anything and everything they see while taking what they want, like space Vikings, the truth is that the moment the world stands up and realizes that aliens are real and not works of fiction, things won’t ever be the same.

Just imagine how many different cults will pop out of the woodwork, some of them no doubt welcoming the aliens and asking them to bring back Elvis, while others stockpile toilet paper and baked beans alongside the bullets and grenades. The human response to aliens is definitely varied, but the one underlying current that connects everyone no matter how they react is that life won’t be the same ever again and oh my God are they going to stick a probe up my ass. Okay, that last one might be due to pop culture since it definitely caught on at one point.

But all in all, one can’t help but think that if aliens do come sniffing around our neighborhood, as many think they’ve already done, humans aren’t going to be reacting in one specific way. There’s going to be fear, there’s going to be uncertainty, there’s going to be, well, a lot of different human reactions that won’t all make sense, but will at least be honest since the movies don’t really nail it as well as people think.

Aliens is a big topic with a lot of people and to be quite honest, it’s something that a lot of people can’t help but think of as a pressing issue of our time. But seriously, if aliens are already here they’re likely still wondering what’s wrong with us and why it’s so hard to follow our imaginations and join them among the stars. It’s either that, or they’re wondering if this world is even worth taking over at this point. It’s kind of like taking ownership of a home that’s already been trashed beyond repair, complete with squatters that are going to fight you for the right to stick around. That sounds like fun, right?