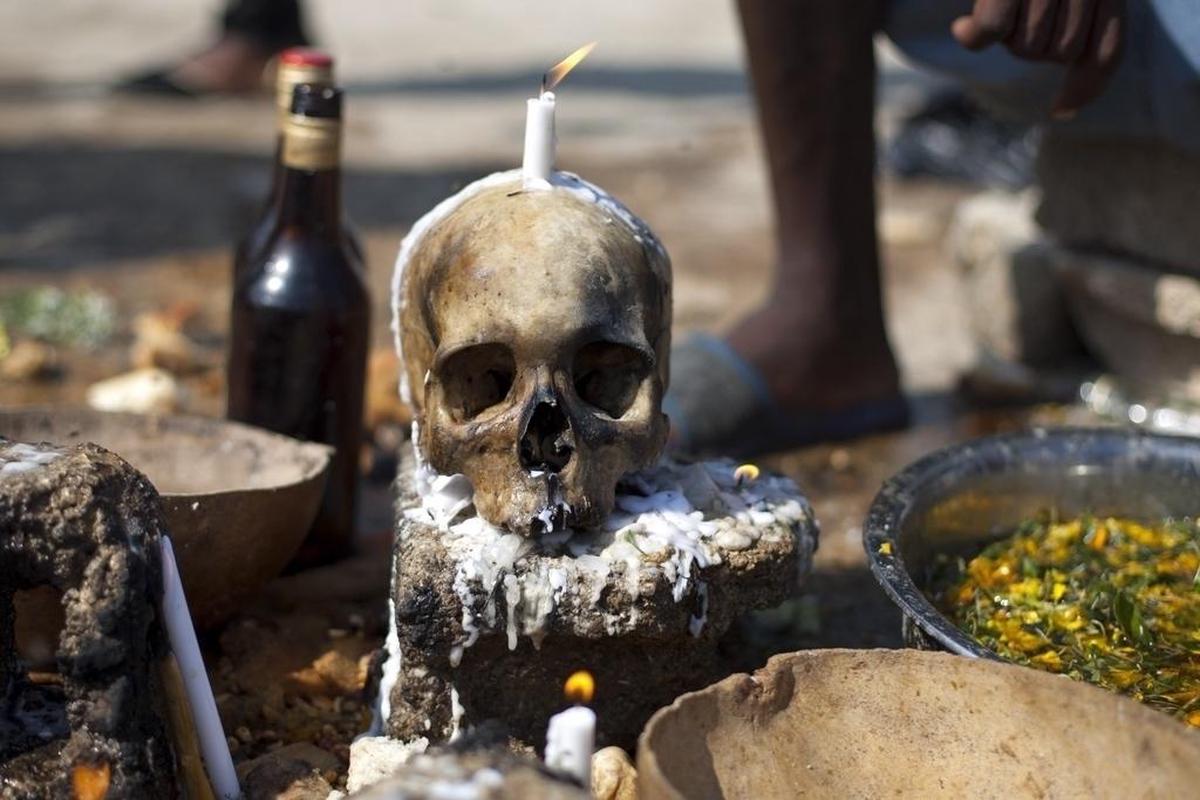 There’s more to this religion than many think.

Mystified, exaggerated, satanized, and regarded as the ultimate savagery – voodoo is one of the “underdogs” of the world’s religions and spiritual practices. Voodoo is one of the proofs how the majority of what didn’t come from the white man was outcast. Do we really have to fear or hate everything we don’t understand? Numerous propaganda – amazing examples are Hollywood movies – says so. But no, as we are learning to know better and keep an open mind, we can unlearn much false information around us. Much of it is about this religion.

In honor of Black History Month, let’s open the series of topics with one of the most intriguing, controversial, and possibly exciting topics. Yes, voodoo (or vodou) is much more than sticking needles in creepy dolls – if anyone actually does that, to be more precise. Let’s dive deeper into it.

Even the term we often use, “voodoo,” is a so-called product of pop culture, largely caricaturing this religion. However, since it is a widely-recognized term, we will use it for the sake of understanding. The ‘popular’ term came from the term “voudon” which originated among slaves – being common to call it a “slave religion.” It unites many from the African diaspora. For example, vodou is practiced in Haiti, and other forms of voodoo practices come from West Africa like Nigeria, Ghana, Togo, and Benin (Benin being the country where voodoo practices are normalized and part of the culture), as well as Brazil, Dominican Republic, etc. – and it even came to New Orleans, Louisiana in the 1700s. Many say it dates back thousands of years, but “officially” it dates back to the 16th century. Voudon, vodou, voodoo, vodun – there are many spellings – is a syncretism of West African Vodun religion and Roman Catholicism. In voodoo, everything is spirit, and therefore, the word “vodun” means “spirit” or “deity” in the Fon language of today’s Benin.

Why Westerners ‘Advertized’ Voodoo as ‘Evil’

How did we form the mindset that all we have to know about voodoo is dangerous spells, dolls with needles and pins stuck in them, witchcraft, and all that jazz? One of the explanations, given the fact that this religious practice “bloomed” among slaves and served as a practice of unity, among other things, is that the white colonists disregarded anything coming from Black culture as “witchcraft,” “terror,” and “ultimate savagery.” This religion played one of the major roles in resistance to slavery. 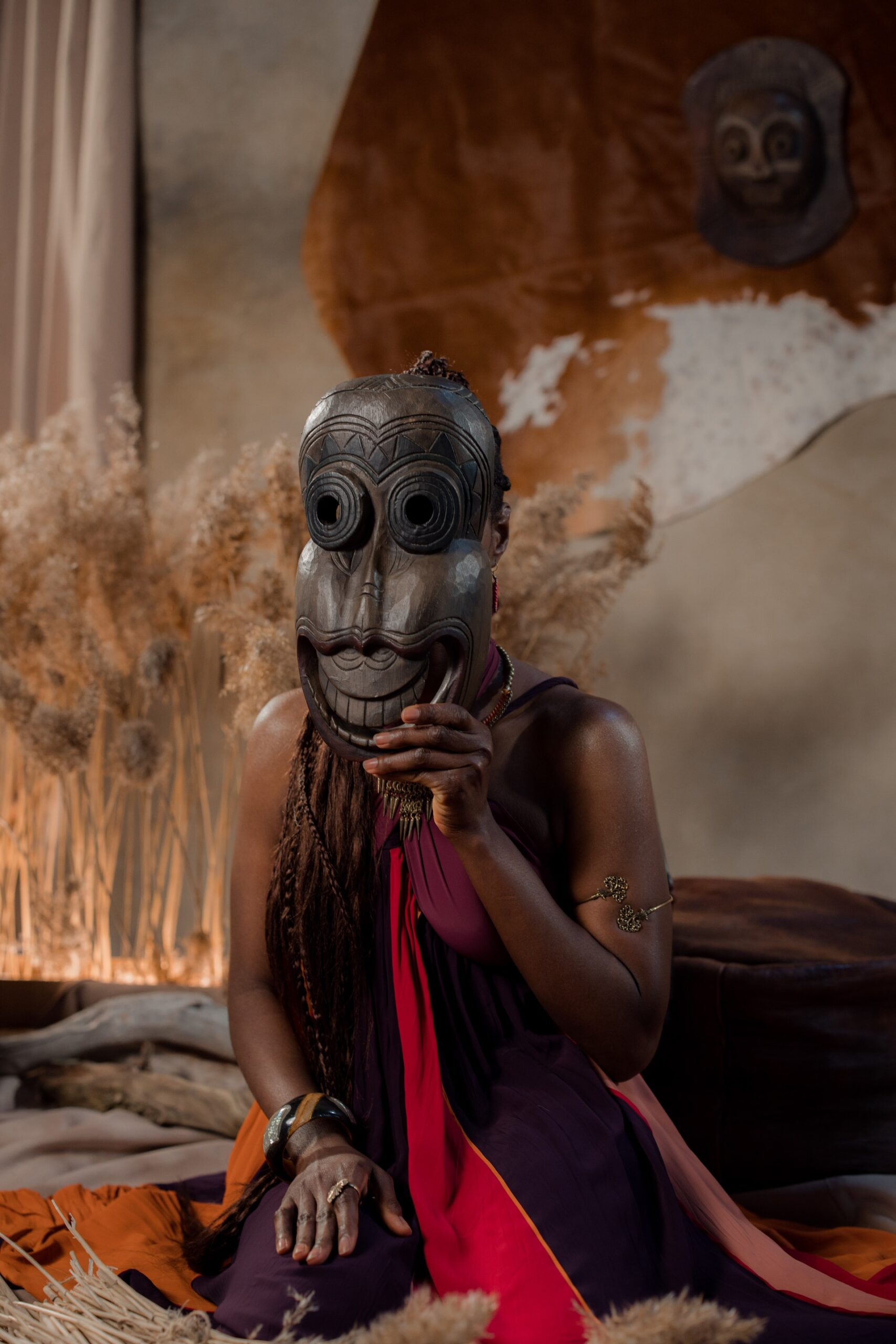 They didn’t have any other choice, frankly speaking. In order to make those spiritual practices survive, slaves had to convert to Catholicism and mask their practices. That is why the term “syncretic” is also questionable. Isolated slaves, however, found strength in practicing voodoo to endure all the inhumane conditions they were facing.

In teachings of voodoo – because voodoo doesn’t have official religious scriptures like the Bible or Qur’an, being the religion of the uneducated and illiterate at the time (and even now in some African countries) – everything is spirit. Believers of voodoo (or voudon) worship many spirits (called “loa), such as a spirit of agriculture, the spirit of love, etc. For any part of our life, there is a dedicated spirit, according to their beliefs.

Some other parts of voodoo, like belief in zombies and animal sacrifice, have also become targets of sensationalism in popular culture. And yes, it may sound unorthodox for the Western world and conventional religions, but yes, we are the masters at taking religious element completely out of context and blowing it out of proportion. However, some of the voodoo practices that are regarded as normal and conventional in countries like Togo and Benin are unorthodox to us, to say the least. 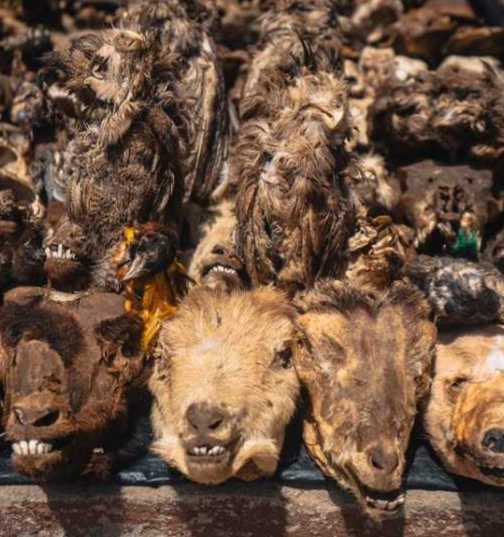 In this Instagram post (photo above), we can see some of the “offerings” on one of the biggest voodoo fetish markets in the world. It is packed with dried heads or corpses of various animals like leopards, owls, dogs, or monkeys. People say these animals are not killed but they collect those who already died – do we believe in this? Hmmm. This is where the voodoo priests get “equipment” for their work, as well as ordinary people who come to get the medicines recommended by voodoo healers. Some medicines include things like a piece of a dried monkey which needs to be finely milled into dust and cooked in the soup or diluted in water. You might want to add some of your blood to the concoction. Cheers!

In our view, voodoo – or vodou, or voudon, etc. – is nothing but an ancient religion that didn’t have much opportunity to evolve for the taste of Westerners, especially in some African countries where people still live by tribal laws. Should we disregard it and label it as “wrong and twisted?” Not necessarily. As harsh and strange as some things may look to us, it doesn’t mean other people didn’t grow up learning and practicing those rituals. Besides, voodoo is an important part of Black culture that has been demystified after decades, or even centuries and should be respected as such. Embracing diversity and the richness of this planet is one of the best things we can do.

One can hardly find a more interesting conversation starter than voodoo practices. Spreading the word, discussing some rituals we might find weird and exotic – as well as watching appalling photos of dried animals, let’s face it – but Rad nonetheless. Share with your friends, slaughter a chicken! Sorry, vegans.