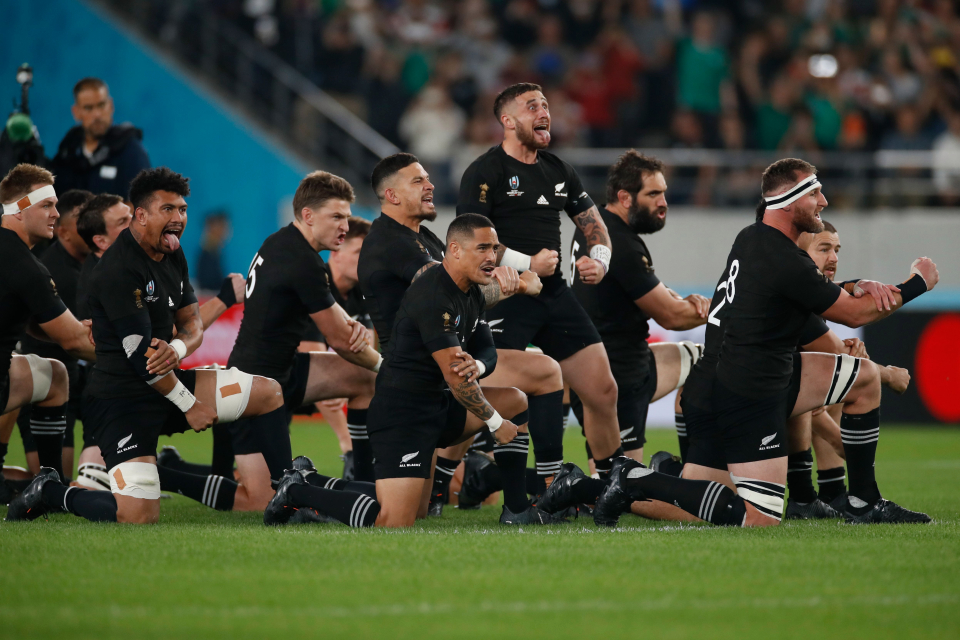 If you’ve seen it, then you know how impressive it is.

So what is the haka? To the uninformed (a nice way of saying ignorant) it looks like a lot of grunting and whooping and hollering along with a lot of bulging eyes and protruding tongues. Some have claimed it’s a war dance, but while this is partially true, the actual meaning of a haka is a celebration of life or a ceremonial dance that has a cultural meaning that is affixed to a certain moment or situation. In other words, the haka can differ from one use to another, from the motions that are incorporated to the words that are recited. Watching one even on video is a heady experience, and I’ll admit my chest puffs up and my eyes actually water when watching a couple of them. Maybe it’s male pride or maybe it’s something deeper, but the haka is definitely not just a war dance, it’s something much more meaningful, especially to those whose culture it belongs to. Plus, it’s an awesome way to get pumped up, much as the Māori warriors are said to have done before going into battle.

Watching someone of great size or who looks absolutely savage performing a haka can be intimidating, and this might be the purpose of it since one thing that’s true is that you don’t ever half-ass a haka, as this is taken as great disrespect and is bound to be called out by those that belong to the culture and likely those that call New Zealand their home. The haka has definitely traveled, but the honor and respect it’s due has been handed off to those that are bound and determined to keep the tradition alive, such as:

There are instances when it might be wise to inform friends and family about the haka.

This video showing a wedding haka has circulated for a little while now and it’s easy to assume that some of the family members and friends in attendance might not have had a full understanding of what a haka was going to look like, but if you can watch this, with subtitles, and not feel yourself tearing up for the sheer fact that it’s a measure of respect for the couple getting married, then I don’t know what do with you. I’ll admit that my eyes watered up since as crazed as it might look to a lot of people, this was a great deal of respect, a type of ‘welcome to the family’ that might actually make a person break down in tears thanks to sheer amount of pride and happiness it might bring. A haka isn’t just about gaining a psychological edge in war or in competition, it’s a very fundamental celebration to the culture that brought it forward and it’s amazing to watch.

The haka can be used to express grief as well, and it’s just as impressive.

It might sound odd to some people, but folks all around the world have their own celebrations of life when it comes to those they care about, and this is no different apart from the fact that it is a bit louder than many practices. But the haka is a diverse celebration that has been ongoing for generations and is by far one of the most impressive and emotional displays that one could ever witness. Trying to explain it would take words that sound way too pretentious and are better reserved for academics that are describing the haka in a cold and aloof sort of way. Despite being a Caucasian I can’t help but feel this in my bones somehow, and I’m betting that many others can as well.

So long as the mana and the mauri of the haka are maintained, the haka is for those that genuinely want to learn about it.

Just to break it down very quickly, the mana is the power, essence, presence that is ever-present and applies to people, the natural world, and the cosmos. The mauri is the life energy that binds and animats all things. In pop culture, one might call this the Force, but I wouldn’t say as much when trying to learn the haka. Instead, this is something that needs to be taken seriously since it is a part of Maori culture and as such needs to be treated with respect. It’s been seen that the Maori will share their culture with others who want to learn, provided that the mana and mauri are preserved and the traditions are upheld, so as to keep things as they need to be.

Sadly this isn’t always what happens since while Jason Momoa and Dwayne Johnson do have ties to Polynesian culture, through which the haka has been passed along, their performances of the haka have been seen as disrespectful by some and kind of a show that lacks the proper respect by others. In other words, while they do have ties to the culture, showboating the haka because someone asks to see it, or because it’s part of a movie script, might be pushing things a little too far.

There’s a line not to cross, but it’s hard to see sometimes.

While Jason Momoa’s dance was highly criticized, Dwayne Johnson’s in the Fast and Furious franchise was actually blessed by Māori elders and the girls were taught the significance of every movement they made, which is why despite the slightly cringe-worthy experience, it was apparently entirely genuine. But you can imagine being the other team if that were real, it’s fair to think that a lot of kids wouldn’t want to play after that.

It’s interesting to learn about other cultures and what certain aspects of them mean. But it’s always important to remain respectful, as well as attentive.