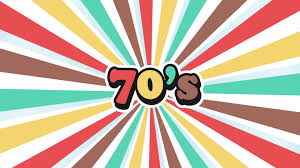 The 70s Were Weird Man

The 70s were about change and transition in the US.

It wasn’t the 60s, and it wasn’t yet the 80s, but it was a decade in which change was a big thing, and the nation was watching as things were fitting to either conclude and move on to something new, or were already done and waiting to be restarted in one way or another. The 70s were regarded in a lot of ways as a weird decade that was looking to find an identity by pushing several ideas that people either found interesting or found strange and needed to wrap their heads around. From one end of the human spectrum to another, this decade managed to take from the 60s a great deal of material that was bound to become a memory, a shade of the past that was used to create something for the future. The 70s and the weirdness that it inspired did the same thing that many decades before it had done, it turned everything that had before into an experience that was going to build toward the next decade, no matter if people thought this was going to be unique, that it would never be replicated. Hell, just about every decade is set to be replicated at some point. If it’s already happened, then it’s going to happen again.

The 70s were a time when there was still plenty of unrest in the country, yeah? But go on and ask yourself, when in the world has there never been unrest in this country? Each and every decade has seen its fair share of unrest in a lot of countries, in a lot of different parts of the world, and somehow the world keeps spinning, it keeps moving forward. Even when it would appear that the world is ready to tear itself apart, that the many different elements that make up the fabric of the reality that we know and cling to are ready to fray and become their own miniature realities where only the elite can enter, the world keeps moving. The 70s didn’t change that, but one thing that this decade did manage to do is show that humanity is usually set to change, shift, transition, and (hopefully) learn from what’s been seen before.

One thing about the 70s is that as dark as it could become with the variety of uncertainties and issues that came along, it was still extremely colorful. The transition (I can’t use that word enough) from the 60s to the 80s is one that was filled to the brim with plenty of moments that are easily remembered and yet somehow, several of those moments were mistaken for moments that occurred in the decade before or after the 70s. One has to wonder how that happened and why, but upon a cursory inspection it’s not as difficult to figure out what happened. The 70s were still operating under the idea of the 60s and a lot of things that had yet to be fully resolved, but the decade was also taking note of the innovation that was being pushed and the continual buildup of ideas that would go on to shape the 80s at some point. Transition, it’s a rough process sometimes,

How we look at the world was challenged in a few ways.

Whether it was through a lens that showed the truth or a lens that showed fiction, the world that people were given during the 70s was taken as it was, and was built up in ways that were easier to get through it at times. That sounds kind of vague, doesn’t it? Well, trying to summarize a decade in a single article might be possible, but trying to expand on that in the same summary requires a little technical expertise that’s best exercised in a series of articles rather than just one. The different lenses that were used to view the world in this time often showed that those with vision were those who were going to help usher society into a new understanding of what the world would look like in the days to come. Through film, through news, and through one story after another, the 70s became a decade in which storytelling was a way for people to see the world in a different light. It wasn’t always perfect, but it was interesting.

Fashion was, as always, changing by the second.

Tie-dye shirts, bell-bottoms, and army surplus clothing were just a few of the styles that were popular back in the 70s. The colors of the 70s were sometimes like a bad acid trip that had been unleashed on the world since they blazed with an energy that sometimes made it tough to look at them. But then some looks and fashions make the eyes hurt today. The really amusing thing about this is that these fashions are coming back today, which makes it evident that fashion is a transitory thing that bleeds from one decade into another and then loops around ever so often if and when ideas become stale and need a blast from the past that can energize them once again. From the types of fabric to the designs that were used through the ten years, there were more than a few eye-catching styles that made this decade unique.

Some of the greatest movie legends were allowed to shine.

Every decade has been able to field several different possibilities that might have become film legends at one point, but back in the 70s, there were many that came about that were meant to be remembered and helped to shape the decades to come. Just going from what’s seen it’s easy to describe how they managed to shape things moving forward.

Movies in the 70s were prepping for what was to come. That much feels obvious, even if it wasn’t obvious back then.

Music shifts with every decade.

Music in the 70s was an interesting mix, especially if one liked to dance since disco, smooth jazz, soul music, and funk were the music of the decade. There were plenty of others out there that were making their way up, and rock was definitely on its way up from the mid-70s to the 80s. There were plenty of artists in several genres that made this decade something worth listening to in its entirety, but there are a couple of genres that people were quick to turn on when it came to letting them go. The whole idea that disco is dead and that other genres have been taken over throughout the past few decades are still up for debate when it comes to public opinion, but what’s really evident is that the 70s shaped the music industry in a way that felt different to a lot of people, but has managed to change things up in a way that is easy to see if one just looks and listens.

The world was changing through it all.

Every decade it’s the same when it comes to things happening. The world reacts as it will in ways that might be agreeable to the changes, or might seek to keep those changes from taking people down a path that shouldn’t be tread. From triumphs to tragedies and controversies to catastrophes, the world is still spinning, even if back in the 70s it might have felt as though it was tilting one way and then another, spending only a few moments a day on balance. We’re still here, right?

The 70s still stands out as a decade that some people want to forget, and others want to go back to. Whether it’s disco, the fashion, or the great movies that came out during this time, people that were alive and growing up in this decade were having the time of their lives, if they weren’t stuck in the worst pockets the decade had to offer. Like I said, the 70s were just weird man.