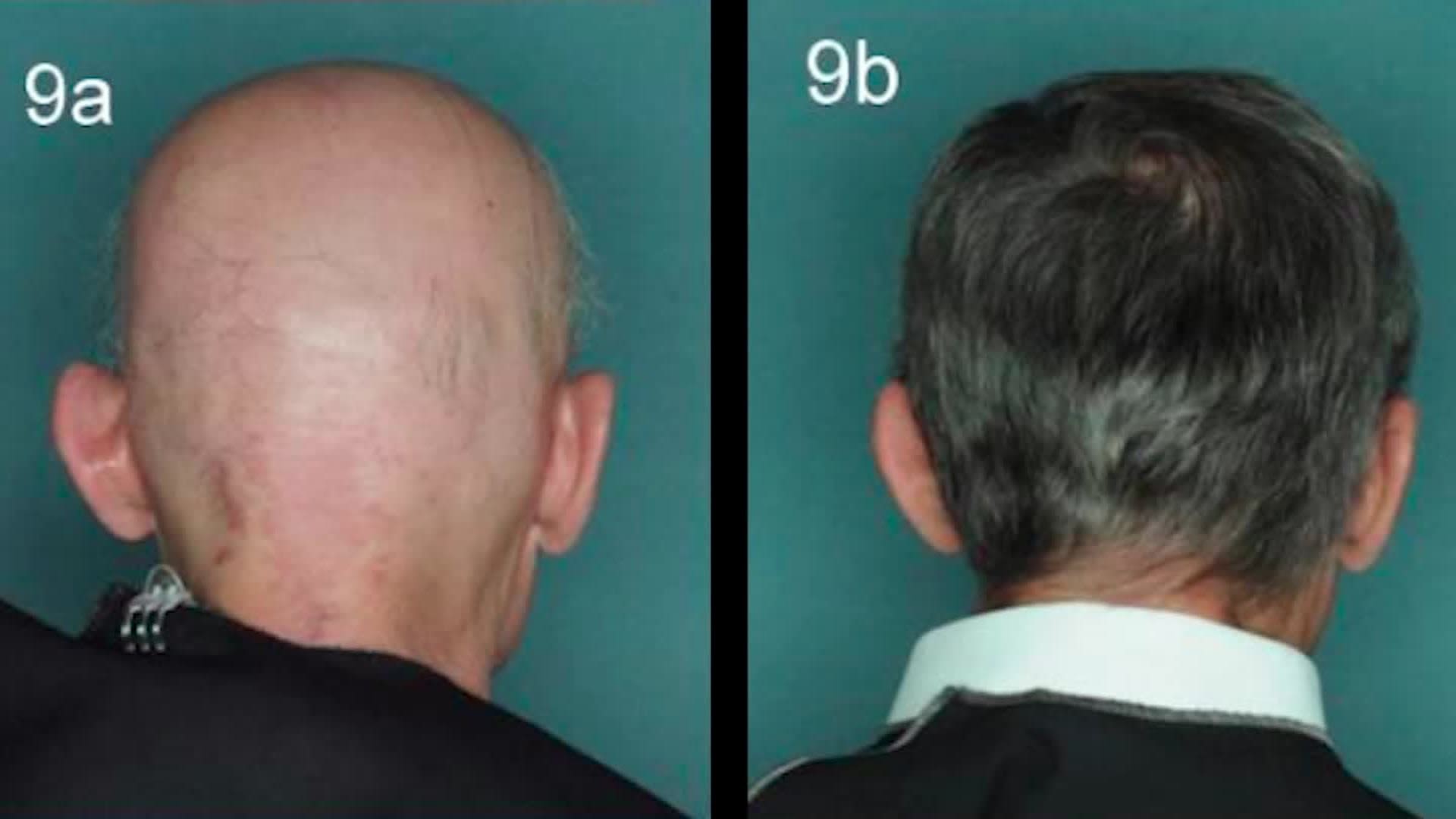 Putting the Cover Back on the Dome

As much time as people spend on their hair it’s still fair to say that some folks take for granted the fact that they have something to comb, brush, style, and fashion in a way that becomes a part of their personality. It doesn’t matter if a person runs a brush through their hair on the way out the door or wakes up early to make sure that every hair is in place, people enjoy having hair more often than not and will spend a great deal of time on it. That is, as long as they have it.

Alopecia is essentially the fancy way of saying that one is losing their hair, but the result is often a little frightening for those that are going through it, since with some folks entire patches can come out, while with others, every hair on their body might end up falling out. That’s a terrifying thought to some folks since whether people want to admit it or not, being seen without our hair is kind of terrifying to some folks. Some might not care, some might even prefer to shave their head if such a thing happens, but the fact is that while baldness does sound like a lesser problem than many other medical concerns, it’s a condition that worries a lot of people who are going through it or had to change their look because of it.

However, it does sound as though a solution has been found, or has at least been created. Now all that needs to be done is to run it through a series of trials to make certain it’s safe and that it can deliver continuously on what is being promised, a return to great hair days and no more comb-overs. Of course, it’s bound to take a while until the drug is actually on the market, so plenty of folks are going to need to be patient and find ways to deal with their baldness that doesn’t involve waiting for a miracle drug.

Plenty of people experience baldness at some point in their lives. Some even start balding when they’re younger, though there are various reasons why this happens. The fact that our identity is bound up in our hair, at least in part, is kind of troubling at times, but it’s the truth since the way in which we put ourselves on display to the world is important to a lot of people. There are those that would caution against thinking too much of hair and what it means to go bald, and there are some folks that would offer up advice on how to deal with it, hide it, or seek out options that could possibly alleviate this condition.

The only problem is finding something that works, and how much money a person is willing to waste in order to find a ‘cure’.

There are several ways that people use in order to alleviate their baldness, and the pills that have been developed as of late, which aren’t about to hit the market anytime soon, are just one among many. Here are a few that people tend to try either because they believe or because they desperate, or both.

You can’t blame people for wanting to keep their hair or to at least make it look as though they still have a full head of hair. But the measures that some folks go to is kind of laughable. Keep in mind that spray on hair is basically just a fancy and overpriced hairspray designed to color your scalp.

A miracle cure still has to fight against genetics.

Just to be clear, if baldness runs in your family it doesn’t mean that you’re going to start losing your hair at any given time, it simply means that the gene runs in your family. Plenty of people have the bald gene, and many of them still have a thick head of hair that’s in no danger of falling out on its own or thinning out due to stress or other actors. Being bald is such a big fear for some folks that they do whatever they cant to guard against it. Some even run the gamut of getting prepared to lose their hair one day, from pricing out wigs and plugs to stocking up on different medications that might help when the day comes.

The only problem with that is this: if you’re genetically predisposed to be bald, one way or another it’s going to happen. It’s possible to delay it and even deny it, but one way or another your hair is bound to thin out or even fall out.

Any discussion that’s brought up in the presence of those that don’t have the affliction that people are discussing and therefore have no basis for it is hard to argue. A lot of us with hair would admit that we would rather keep our hair, but that we might want to just shave it off if it started falling out and showed no sign of stopping. It would certainly solve the problem, wouldn’t it? Folks going bald don’t always see it that way, since some of those that are used to having a full head of hair and one day find evidence that their hair, like their youth, is departing, might not take it so well. At that point the decision to shave it down, or shave it all off, or find a way to make it look might be a real dilemma.

But for those of us with hair it’s easy to speculate but hard to make a decisive point.

Is it worth it to take a pill that’s not approved yet?

Those that are going bald would likely ponder this question for at least a few seconds before saying yes or no. But it’s fair to think that not all of them would go for the cure without thinking of what could possibly happen. The stories of those that have taken a new pill that can cure baldness are all well and good since they’re uplifting and can create an air of positivity. One of the biggest issues is that various medications are going to affect a lot of people differently, and the difference here is that some folks lost all of the hair on their body and others were just losing it on their head.

One has to wonder about the difference in effects and how many would benefit from this pill.

Some balding is worse, and it’s easy to understand why some folks would take the risk.

The downside of going bald, other than the fact that you’re losing your hair and a good source of warmth in the winter, is that not everyone goes bald in the same manner. Some folks might see their hair start to thin out around their temples, perhaps on top of their head, or in other spots that are easy enough to cover up. But when patches of hair start falling out of random spots it’s kind of tough to just deal with it. When your head starts to look like the crew of Jackass took an electric razor to it then it’s likely that many people will start thinking of ways to keep from losing their hair entirely.

It’s not always vanity that keeps people from being able to withstand the rigors of going bald, or directs them to take experimental medication that might work, but isn’t a cure-all. Some folks don’t mind going bald since they see it as a natural part of life, but others are bound to do anything and everything they can, which includes buying the most godawful wigs, and using the most ridiculous devices.

Hey, to each their own.

How the world sees and perceives who we are is important to a lot of people, and your hair is one of the many things that people tend to see first when meeting each other. If there was a pill that could cure hair loss it feels easy to say that it would have been approved by now. But then again, the pressure from the massive number of people selling hair remedies might make a convincing argument that keeps the pills in the trial stage, if you get my meaning.