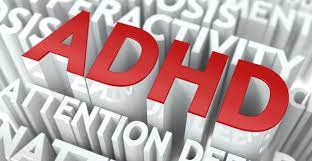 Let’s even dispel a few myths about ADHD.

Those of us that know anything about ADHD (attention deficit hyperactivity disorder) understand that it’s a very real condition and affects more people than others might think. But what some folks still don’t understand is that it’s not a desperate need for attention, it’s not about bad behavior, and it’s not an excuse for being lazy or disorganized. It’s also not something that requires multiple medications to be shoved down a person’s throat or hours and hours of therapy unless there’s something else going on that ADHD manages to exacerbate, or vice versa. In other words, let’s learn a little bit about ADHD and what’s really going on before judging people that appear to bounce off the walls with very little effort.

It’s not much different some days from everyone else, since this disorder doesn’t turn anyone into anything more or less than human. But it is a serious disorder that affects brain functions and causes the brain to mature slower than it might in others. The problem with this is that slowing down development means that the individuals that have this disorder might have trouble paying attention or focusing on any one thing for a long period of time. Do you know who else this happens to? Kids that are still trying to reach their milestones as they grow are experiencing this at the same time, but kids with ADHD tend to have issues learning at the same rate as their peers, but it’s not the end of the world. Here are a couple of misconceptions that need to be put to rest eventually though.

What can help a person with ADHD?

There are several things that can be done to help those with ADHD. But while adults might have, hopefully, gained a handle on the condition at a certain point, kids usually have a harder time due to less life experience and therefore less of an idea of what they can do. Gaining a better understanding of the disorder is a big deal and can help people when it comes to really paying attention and helping out when and where they can with ADHD. It’s not a condition that will magically go away and will require a lot of patience, but for kids, here are just a few things that can be done.

Whether they’re kids, teens, or adults, treat people that have this disorder with the same type of respect as you would anyone else. This isn’t something they can control without a bit of help and understanding along the way. People with ADHD don’t need to be coddled and they don’t need to be separated from others due to their disorder. They require a bit of help to focus, to stay on task, and to simply be the best individuals they can be around their peers. They have a disorder, not a disease, and in any case, treating them like anyone else is usually better for everyone involved.

Here at Radass we’re all about respecting and understanding people as best we can. Millions of people are afflicted with one condition or another and they find ways to make it work by seeking to educate and empower others, and themselves, when it comes to understanding that a condition such as ADHD doesn’t make someone less of a person. Sure, they might seem off or distracted at times, but folks with this disorder require understanding and patience more than anything.