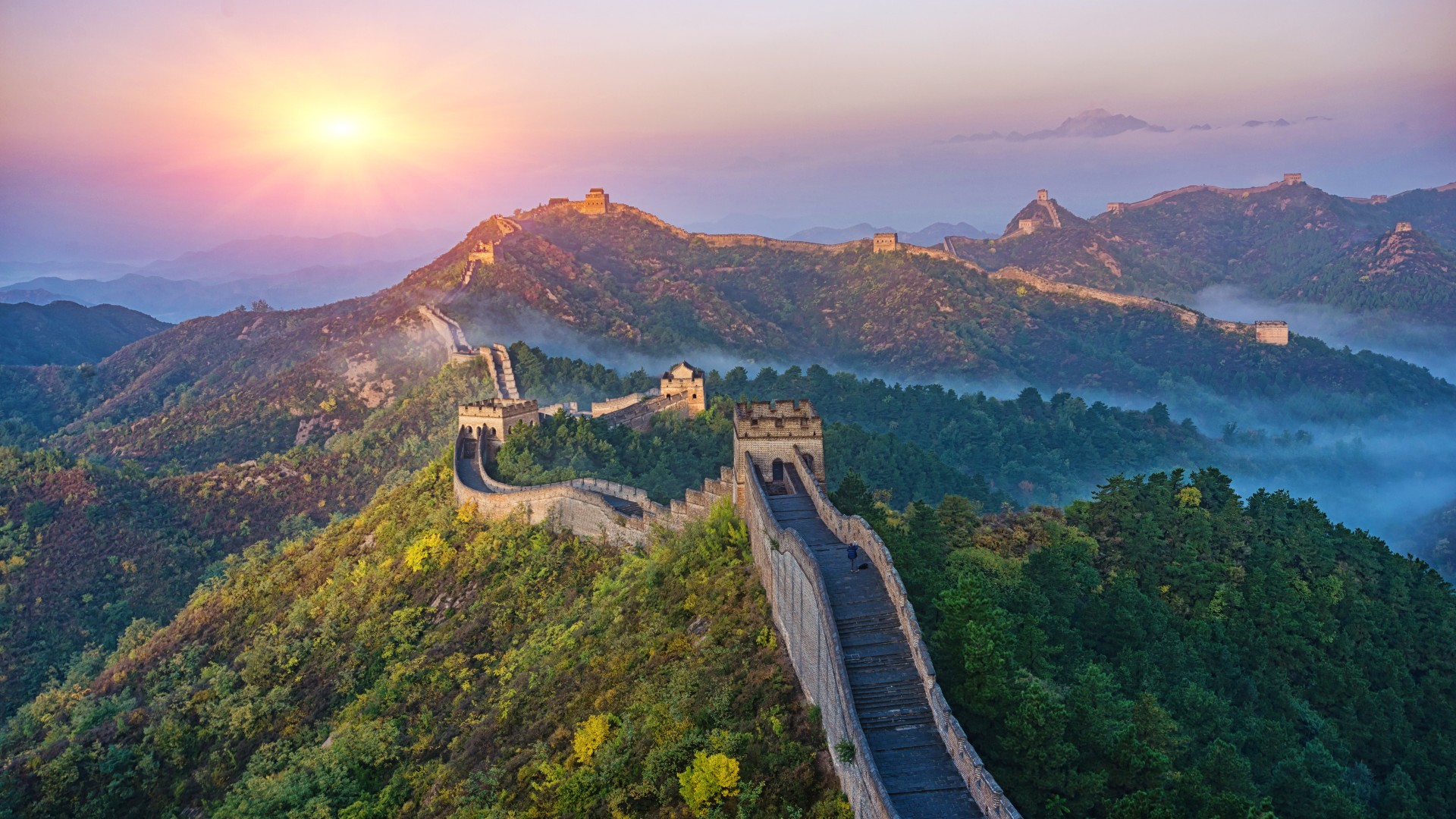 If you have a bucket list you might want to add some of these sights to it.

This world has a great number of natural landmarks that are worth taking a look at, from towering mountains to trenches that lie far beneath the waves. While the natural landmarks are beautiful and are bound to remain where they are for a long time to come, it’s equally impressive to pay attention to the monuments that humanity has been responsible for over the years. The various levels of ingenuity that have gone into each one. Obviously, some of them have managed to remain in place long than others, but there’s a good chance that a lot, if not all of these monuments will still be standing when most of us are long gone.

The testament to history and to the ability of humanity to place their mark on the world is shown in the landmarks that have been erected and the reason behind why they’ve been allowed to stand for so long. Some represent culture, others represent stability, protection strength, and various other ideas that people have expressed when giving rise to one thing or another.

With that in mind, let’s take a look at just a few of the most impressive monuments throughout the world.

The Eiffel Tower in Paris, France is impressive.

This interesting-looking structure took about two years to build and was heavily criticized by several artists early on, but obviously people grew used to it. As of now it’s been featured in numerous movies, TV shows, and its image has been marketed so many times that one can’t help but see it here and there every once in a while. In fact, there are replicas of the Eiffel Tower in various parts of the world, nowhere near as big but still detailed enough that it’s quite impressive.

Unlike some movies might show you however, it’s not advised to bungee jump off of the tower.

The Kremlin in Russia sees many visitors per year.

To some folks that look at the various colors and not the overall design, this might look kind of silly since it does look a bit motley. But one would be wise to show some respect if they ever find themselves in front of the Kremlin or wandering about the Red Square. Russia isn’t an inhospitable place if you’re visiting, and it’s likely that a lot of people go about their day without too much drama. But from what a lot of people have seen in the news it’s fair to assume that a lot of people might think that living in Russia would force them to be a little cautious.

All in all, though, it would be an interesting trip and it would be worth traveling to this site just to be able to say you’d seen it.

The Leaning Tower of Pisa is an odd-looking monument.

Between the groundbreaking and completion, the Leaning Tower of Pisa took quite a while to complete. The tilt wasn’t intentional as most people can hopefully guess, but considering that it was built on soft ground that created a severe tilt it became famous over time, and the tilt has been left, though it was alleviated a little bit. In fact, that happened within the past few decades, though it’s easy to think that it will be kept as it is since the tower has gained a great deal of fame, as has the location in which it resides. So to be fair, as long as it doesn’t sink any further, one can imagine that the tower will continue to stand as is.

But of course, in the movies and TV, it’s been easy to see jokes depicting how the lean came to happen and have even shown people correcting the lean.

The Sydney Opera House has been shown in several movies.

Among the majority of monuments in the world the Sydney Opera House is one of the more impressive structures, but it’s also one of the youngest since it was started and finished decades ago, rather than centuries. That doesn’t make it any less of a marvel since this place has come to be a symbol of Australia over the years and it’s been featured more than a few times in pop culture in one way or another. A lot of times it’s being destroyed in one movie or another, or it’s simply used as a part of the background.

But the fact that most people tend to know where this site is located comes as no surprise since it’s been one of the more recognizable locations for a while.

No, you cannot climb the Pyramid of Giza.

Unfortunately, what the Transformers movie, Revenge of the Fallen, managed to show us isn’t even close to the truth and yeah, trying to climb this would be extremely disrespectful and would likely get a person in trouble. It does come with prison time and a fine that wouldn’t be too stiff but would still leave a dent in a lot of wallets. The thing about monuments such at this is that being able to say you’ve seen them should be good enough, but there are those people that feel the need to buck the rules and do what they want because life is to be lived.

That’s true, to be honest, but life is also about respect, and if you don’t have any then it’s best to stay away. Those that want to take in the sight and feel the press of history would probably do better than most.

Just getting to see the Taj Mahal would be nice.

This looks like a castle, doesn’t it? The truth is that it’s a mausoleum, a tomb to hold a former emperor and his wife. Looking upon this structure is grand enough when it’s just a picture, one can only imagine what it must be like in real life. Standing next to such a structure might be enough to remind a person why humans are amazing in a lot of ways, no matter how horrible we can be.

The things that humans can build are awe-inspiring at times.

A lot of people tend to talk about Machu Picchu.

The name of this site tends to be repeated over and over at times for one reason or another, but looking at the picture it’s kind of obvious why. This is the type of site that one would hope that mobs of tourists wouldn’t be allowed into since thinking about how people might react to unrestricted access is kind of horrifying. But lucking out and finding a reason to visit this place with explorers or those that have the privilege of being able to witness such sites would be amazing. Pictures might not always do such sites justice, but the imagination of some might be great enough to fill in the blanks with the years of research that have been put into this place.

Do not go egg-hunting on Easter Island.

The moai of this island are what drew a lot of people’s interest to the place, but the research that many scholars have done over the years has showed that the place was possibly found by a scouting group before it was inhabited. But the most noticeable aspects the island, the stone statues, have been given a great deal of attention as they’ve become a part of pop culture in their own way, much as one would expect.

Hey, they’ve even been used to help the name of Easter Island take on a very literal meaning.

Culloden in Scotland is bound to create a lot of emotion.

Whether you want to agree with the reason for the Jacobite Uprising or not, the fact is that this battlefield was soaked in crimson back in 1746 when the army of Charles Edward Stuart was soundly defeated by the British government. The tactics used on this field were horrible to the point of being suicidal since according to history, the Jacobite army was severely outmatched and had little to no chance of success. Not only did the British know their tactics well enough, but they were tired, depleted, and it would have been better to retreat to fight another day.

But the present has the unfortunate advantage of hindsight that the past can’t tap into.

The Great Wall of China is definitely a bucket-list item.

As one of the few monuments that can be seen from space, the Great Wall has been a part of pop culture and history for a long time now, and it’s been one of the many monuments that people can barely fathom when taking it in its entirety. You can’t help but be impressed by this structure, and the length of time and effort it took to erect it in defense of a country.

Remember that bucket list I told you about in the beginning? These are just a few of the places you should be thinking about putting on it, just to have a goal or two that you might want to meet. Seeing the world, or as much of it as you can is a worthwhile goal for anyone.