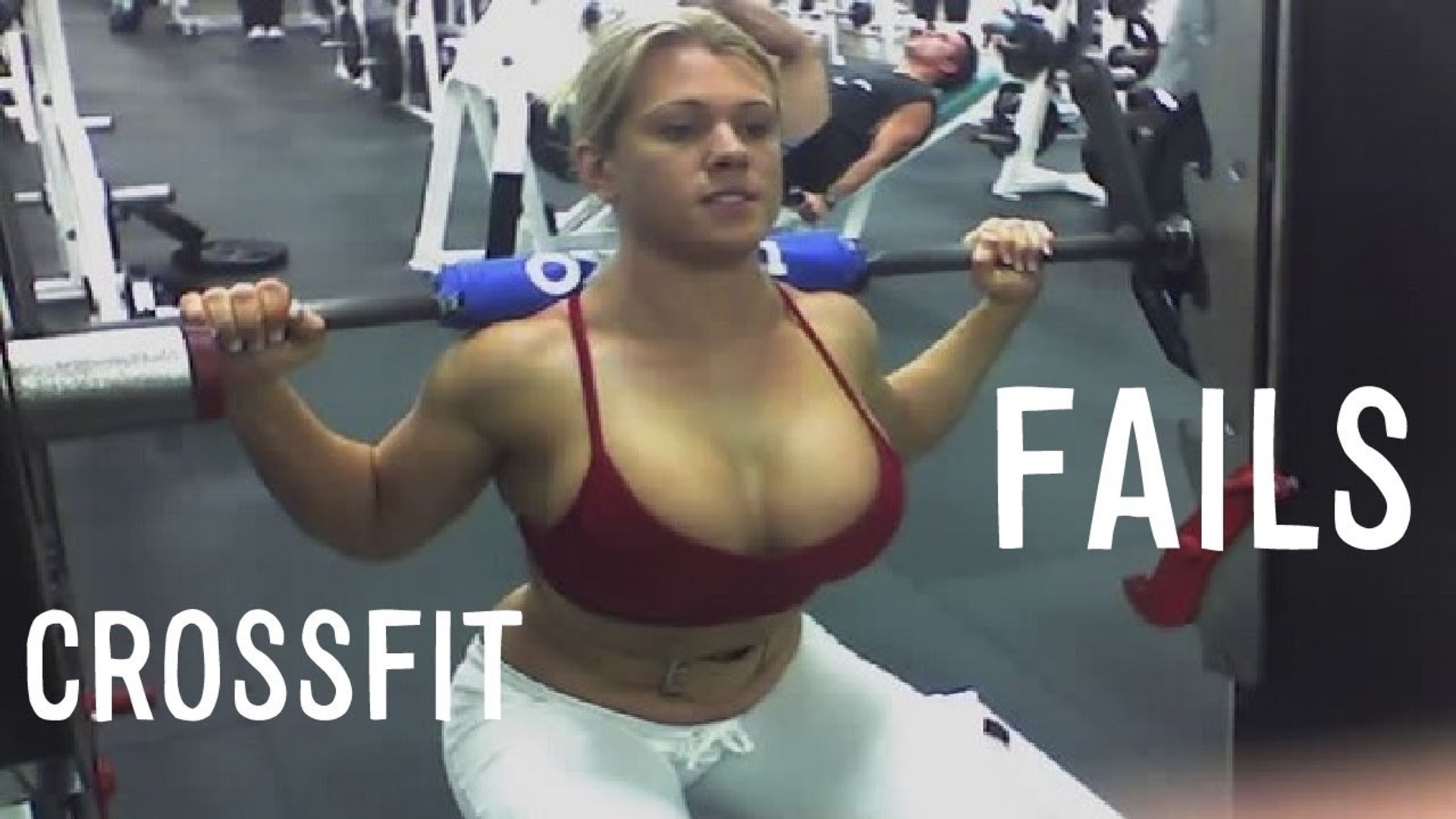 Gym Fails to Avoid At All Costs

Common sense is one of the most valuable things to bring to the gym.

You would think that going to the gym would be an easy thing, yeah? A lot of machines have a diagram on them, and even if they don’t, there’s a good chance that there’s going to be a gym employee that can help you if you’re having trouble. Hell, you can likely ask someone that’s working out nearby (be respectful though) if they can help you figure out what needs to be done. The free weights and other pieces of equipment are usually pretty easy to figure out since you pick them up and start lifting. Of course, it might help to know what you’re doing, especially since doing things in the wrong manner could cause a great deal of injury.

There is a lot of comedy to be found in a gym fail, provided that the individual that’s just been embarrassed isn’t injured. The laughter isn’t a big deal since once it’s established that no one has been hurt, it’s rather amusing since some people fail in the gym simply because they don’t want to ask what they need to do to be safe, or efficient. In some cases, it’s kind of a WTF moment as all a person can do is stand and watch as the folks that don’t have a clue what they’re doing perform one lift or another that feels more like an attempt to defy sense and reason than it does to build muscle.

When all is said and done, gym fails are sometimes an inescapable fact, as they’re going to happen because people don’t know what they’re doing. Then again, they can happen simply because something is tight enough, something isn’t secured, or someone isn’t paying attention when they should be. But if you can, avoiding a gym fail is a good idea since it means that you’ll have a safer time and find much more enjoyment during your workout. But then, if there were no gym fails, we wouldn’t have any idea what can happen, right? And we also wouldn’t have any funny gym fail videos. How tragic would that be?

It probably looks worse than it actually is.

The idea of ogling women and touching people inappropriately has become a huge issue over the years, and yet this picture makes one wonder if the guy behind her is a friend, her husband, or someone that she trusts to support her like this. All the same, it’s kind of an awkward pose that makes a lot of people wonder. But if you look at the amount of weight she’s lifting it does make some sense. Then again, it often makes more sense to have a spotter on either side of the bar, rather than in a position to dry hump you if things go wrong. This is a rather sensitive issue that isn’t to be taken lightly since when women come to the gym they’re not there to get their freak on or even hit on guys. If it happens then it happens, but a major gym fail is the way that people conduct themselves around each other.

Just as a side note, one should be respectful of others no matter if they’re women or men, but guys, the sad fact is that there are more male douchebags out there.

There are weight collars located at several areas within the average gym.

There are these neat things called collars, or perhaps you know them by other names, that go on the end of the barbells that people use for various lifting exercises. The fun thing about these devices is that they fit snugly around the end of the bar and thereby prevent the weights from slipping off. Sounds pretty cool, right? Well, some folks either forget that they need them, or don’t think that they need them, or aren’t wise enough to realize that they REALLY need them at times. Plus, there is an idea that if you’re lifting a serious amount of weight, you also REALLY need a spotter. There are so many gym fails to note that it would take days to describe all of them, and I’ll be honest, I don’t have that kind of time.

Know what you’re doing if you’re going to work out, especially if you head to the gym.

There’s a reason why there are warnings against loose clothing in a gym, and there’s a reason why trainers and gym employees will walk you through one lift after another to make certain that you understand what to do. Granted, if you make it known that you know what they’re doing, they’ll probably take you through their spiel anyway, since it’s a part of the job and for the sake of the business they need to make an effort to be certain that you’ve been given the type of understanding that you need to get started. But there are plenty of people who think that they know what they’re doing and just get after it in a way that makes people laugh, provided that they’re not injured. I guess I should keep adding the idea that injuries aren’t necessarily funny, but if the person that’s executing the fail is okay, feel free to laugh.

It’s a gym, not a day at a photoshoot.

I get it, people want to show what kind of progress they’re making and they might want others to note how they’re doing as well. There’s no harm in taking a few, or several, gym selfies when it comes to monitoring your progress and just admiring how far you’ve come. On a slow day there’s no harm at all, but it still pays to be mindful of your surroundings. On a busy day, finding the right pose might be a bit disruptive and taking up one piece of equipment or another might bother other people since they might need that bench, those weights, or whatever else you’re using, and taking one selfie after another isn’t going to help. You can take plenty of before and after selfies at home, since the proof of your workout is going to be seen in the way your body responds to the exercise.

One thing to note, don’t be careless if you decide to take a pic in the locker room, since people don’t really appreciate being pictured by accident. Hey, things happen, be aware of your surroundings if you’re going to snap pictures.

How many times have you seen someone in the gym that keeps stacking weight on the bar and then struggles to get the bar up even once? Those big, jacked studs that think they can lift half the weights in the gym all at once are kind of funny to watch since about two or three out of ten of them actually earned those muscles that they like to flaunt, while the others love to pose and show people that they can look tough but in reality are about to shit themselves the first time they try to push the weight up. There’s no room for posers in a gym setting since this is a great way to hurt yourself and a better way to get called out as the type of person that has to front to impress people. That’s not the kind of person you need to be, since no one’s impressed. People come to the gym to work out and better themselves, they’re not there to stand in awe of how much you can lift.

So instead of staining your shorts or pulling something, you’ll need later, stick to the weight you can lift. And if you feel the need to lift heavy, have at least one or two spotters on hand.

Most importantly: LEARN HOW TO PERFORM THE LIFTS.

I’m not a gym rat, but if there’s a lift I don’t understand, I ask someone or I seek out a gym employee for a bit of help. It might be simpler than it looks, but the trick of asking is that it prevents you from hurting yourself, and it keeps the equipment from being damaged. You might laugh at that last one, but I’ve seen mirrors broken, weight racks busted, and floors dented and even caved in and marked up at times. To be honest, gyms don’t like their equipment being busted up by those that don’t know what the hell they’re doing, but they’re worried even more about any lawsuits that might come from someone getting injured in their establishment. This is a huge concern since a big enough lawsuit can kill a gym’s reputation, and there have been newbies and ninnies that have tried this act.

In the current era, if you don’t know how to perform a lift, check it out n YouTube or something before hitting the gym, since you’ll save everyone, including yourself, a lot of pain and trouble. Some lifts will get you laughed at if you mess them up since they’re exceedingly simple, but it’s better to endure a bit of mockery than a life-long injury.

A day at the gym is meant to better a person and help them with their self-esteem as they attempt to get, or stay, in shape. But if you don’t know what you’re doing and decide to go ahead and do things your way, it’s possible that your day is about to go downhill very quickly. Whether you’re working out at home or the gym, make sure you know what you’re doing.