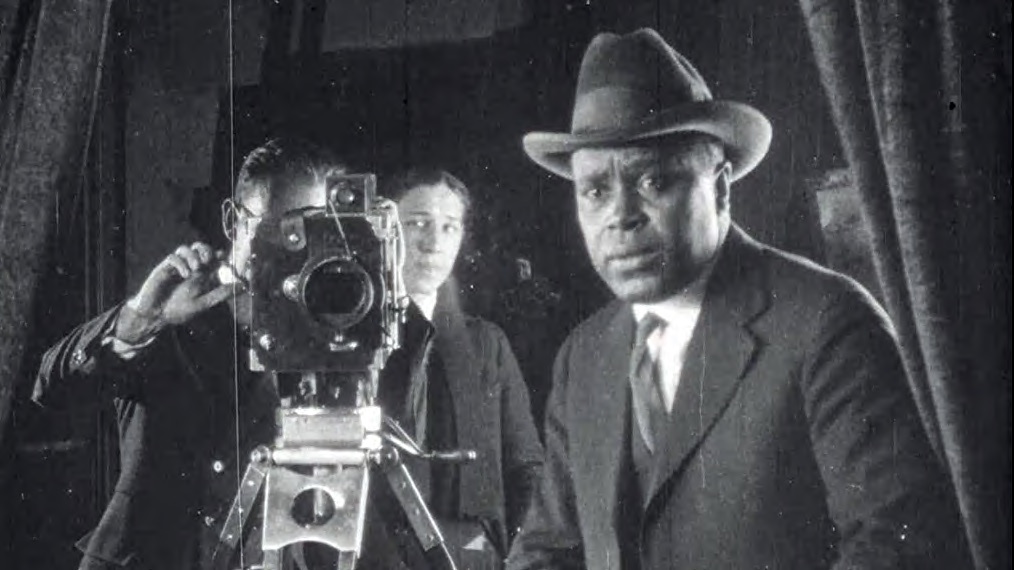 The cinematic history of people of color is a long and interesting tale to say the least.

History is important so that we don’t forget the triumphs of today. Some might call those hollow and empty words, but the truth of them is easy to find once one digs beneath the catchphrases and propaganda that folks want to sell as gospel. Now that we’re a couple of steps into Black History Month it’s time to look back and remember what came before the current success of the Black community, and how hard so many had to fight to make people see the talent and innovative ideas that an entire group of people had to offer.

One immutable fact is that cinema knows no color, no race, and nothing other than the one fact, that the show must go on. Even if this phrase wasn’t born from cinema, and in fact predates it, the truth of that simple saying has been applied more than once over the years as cinema has grown and expanded, sometimes at the expense of others and often without caring who gets rolled in order to make it possible for the show to keep pushing forward. People of color have been shown in early cinema, but far too often they were seen as subservient or as somehow lesser than white folks, which in this day and age is abhorrent. Or even worse, they weren’t seen at all, or were played by white folks in blackface, which today is something that’s bound to trigger even some of most hardnosed individuals.

The truth is that cinema doesn’t know color or race, but people do, and it’s people that have advanced cinema all these years, sometimes in good ways, and sometimes in very negative ways. Historically, people of color have not been represented well in cinema, and have had to work even harder to create an image for themselves that’s been anything but negative. In celebrating Black History Month it’s necessary to remind ourselves of what’s come before, and what’s been made possible today.

The old days weren’t all that great.

Blackface is a method that’s been used for far longer than many understand, but it’s a practice that is said to be deeply rooted in racism, and it’s hard to argue against that. Back in the day it might have appeared okay or even hilarious some folks, and it’s even been used in current TV shows and movies as a means of showing the ridiculous nature of it, though it’s never been less than disturbing. But blackface was being used long before cinema was invented, though it didn’t last past the 80s when it came to mainstream. During that time, people of color had already been working hard to establish their reputation and produce their own movies starring an all-black cast. While it took a while to gain ground, people started taking notice eventually, but it’s fair to say that it would be a while before a mass number of people would accept people of color on the big screen.

The ‘white savior complex’ has been a burden for everyone when it comes to cinema.

In cinema, just as in real life, one of the worst examples of kindness is what’s known as the ‘white savior’s complex’, in which a person of color is saved by, helped by, or given a better life by a token act or random act of kindness that a white individual deigns to give. This kind of complex has caused many an argument among those that believe that it is utter tripe and those that think that it’s a very common thing. The sad part is that it is common and it’s not ridiculous since it’s happened and continues to happen in cinema and in real life. Those running to the rescue because they believe it’s the right thing end up destroying the agency of those they’re trying to help, no matter if they have genuinely good intentions or are seeking to glorify themselves by helping the ‘downtrodden’. In movies this comes off as rather patronizing and is worth of an eye roll and headshake, while in real life it’s a slap in the face as well as an insult.

Over the years such a thing has been seen more than once in the movies, and it’s been debunked in one story while being verified in another. The white savior complex is unfortunately real, but if the writing is honest and everyone involved is being completely level with each other, the honest individuals and the fakes become easier to sort out. Over the years this issue has been seen to happen more than once, either accidentally or on purpose, but it’s also been seen that it’s been ruthlessly mocked as well, which is actually kind of amusing since mocking such a complex robs it of most, if not all of its power, thereby affirming that people of color are fully aware of the complex and how to turn it on its ear.

Acceptance in cinema has been hard road.

It’s taken some time, and there are folks that might even argue that it still hasn’t happened, for people of color to be accepted as leads in cinematic ventures and to even have their own features with an all-black cast. Some might be forgetting that people of color have been rising throughout the years, but the point is that their lack of representation is highly noticeable the further one goes back in cinematic history, as the past several decades have seen a steep and welcome rise to people of color in various roles.

Over the years, cinematic success has come at the price of integrity.

The rise to prominence hasn’t been an easy one since too often there have been movies made that have sacrificed personal integrity for the popularity that some sought in order to make their voice heard. The arguments that could be revisited time and again usually come down to what it takes to break into the cinematic world when it comes to skin color and how often those in Hollywood appear willing to keep certain folks down while elevating others in their place. Throughout the last three to four decades however, the black voice in films has become stronger and stronger as more and more films have revisited history, taken a look at things stand in the modern era, and have placed a spotlight at the iniquities of the cinematic experience.

Stereotypes have been a big problem over the years.

As an extension of real life, cinema often shows many images that people question or accept as real. The gang movies that have come out in the last three decades have been evidence of this since back in the 80s and 90s such movies gave a seriously negative view toward people of color and allowed public opinion to become painted with various ideas that were often unfounded and didn’t apply to all people of color. These stories often told a very powerful and compelling story, but they were often drowned out by the need of so many to take the most negative aspects they could and apply them to those they felt exemplified such movies. In other words, some folks didn’t know where the movies ended and real life began.

The last few decades have seen a serious amount of change.

There have been quite a few movies in the recent decade or two that have come a long way toward showing people of color in a very uplifting but realistic light. Those movies that show folks as human beings, not just someone to be saved, not someone who’s simply downtrodden, end up being the best of movies since they depict life as it is, not as we would have it. Fantasy is all well and good, and has also been shaped by people of color and many others, but the realism that comes to the screen from time to time is greatly appreciated as it extends and expands the worldview of others (one hopes) and gives us a wider view of the world we live in.

There’s are still struggles to get past, but as of now, cinema belongs to everyone.

To this day, the representation of people of color in cinema is still growing, and it’s doing so in leaps and bounds. One thing that representation for anyone is never going to be is perfect, but as things stand now, the number of movies and TV shows that have been created and shared around the world have been growing exponentially. And to be fair, it’s making the world a richer place with every minute of film that’s added.

During Black History Month it’s important to look back and see how things were, and take a look at how far things have come. As the years keep rolling on the best we can hope for is that we’ll keep seeing more and more movies and shows, plays, and other forms of representation of people of color that can help to keep the horizons broad and the possibilities limitless.