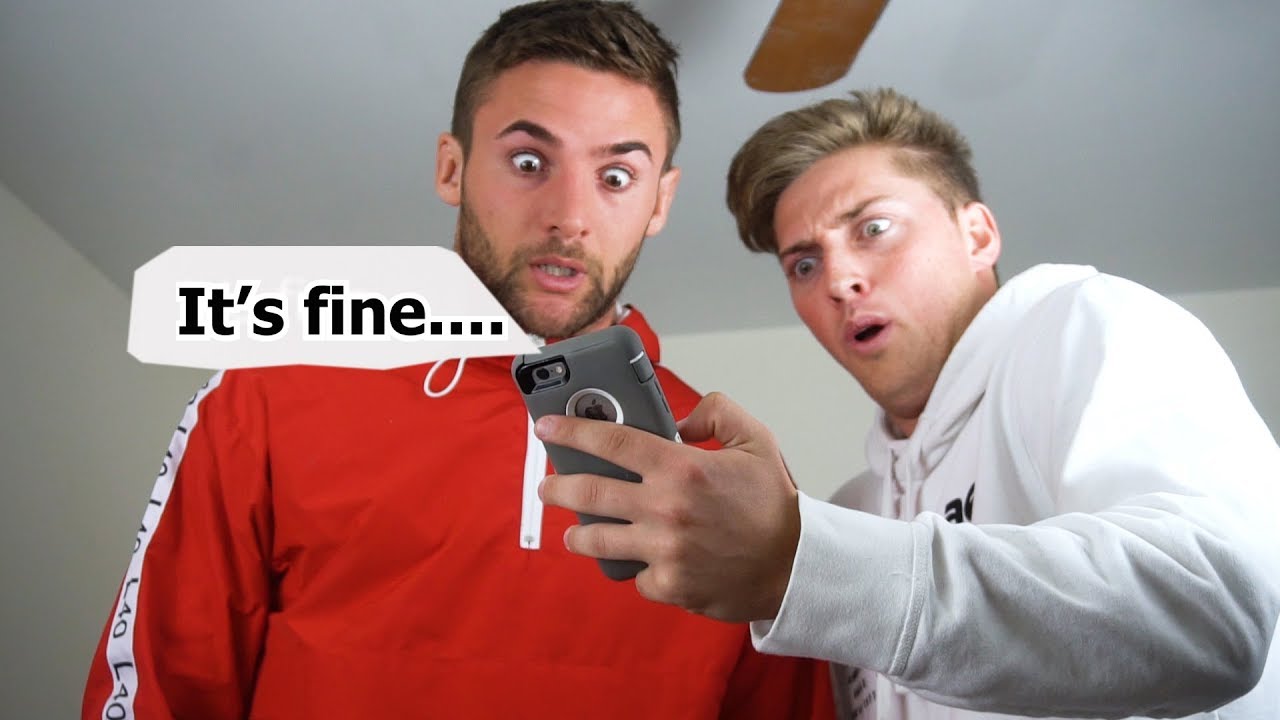 A woman that says ‘fine’ is a landmine waiting to be tripped.

Normally I’d try to be inclusive and say that this kind of thing can apply to anyone and everyone, but not this time. Oh no, not THIS TIME. Men, we’ve all been here at least once in our lives and if we’re lucky, we learned how to avoid a second time, but let’s be honest, not all of us are that lucky or that wise. We’ve all heard the dreaded “It’s fine” from the women in our lives, be it your mother, sister, aunt, cousins, girlfriend, wife, etc. You have heard it, and you’ve either thought it meant nothing, or you started shaking for some reason that you couldn’t rightfully decipher. It’s okay, just take a breath, there are a number of reasons why women will say the words “It’s fine”. Just don’t be surprised if a few of those reasons make you look at women just a little differently.

Before you feel your spine turn to ice and your bowels loosen just keep in mind that there are different levels of ‘fine’ that a woman will deliver to your ears. How to determine whether you’re safe or screwed is up to how well you can translate that one simple word. Here are a few of the safer meanings that you’ll need to learn:

The next stage of ‘Fine’ is a little more serious

It’s difficult to believe that such a simple word could have so many different meanings based on the emotion put into it, at least until men realize that we do the same thing, and in the process get the same result from women. But when it comes to the word ‘fine’, we usually mean that we’re fine, or that’s just fine, or something along the lines of something neutral to positive in meaning. The layers of ‘fine’ in a woman’s vocabulary though…whoa. Here are a few that mean things are heating up a bit.

So you’ve already seen the stages that aren’t all that bad and the stages that are wise to be cautious around, but these stages, huh boy. This is when some guys would say throw chocolate at her and run, but if you take the time to throw chocolate she might get you anyway. I’m not saying that women are full-on demonic entities that will snap your back like a pencil and do unspeakable things to you when they say ‘fine’, I’m simply saying that there are ways to figure out what level of ‘fine’ you’re at, so you don’t have to experience that last little description. All respect to women, they’re one of the main reasons we survive as a species, but where men are ominous and threatening outwardly, women tend to tuck that kind of a threat into the syllables of every word they speak sometimes. Women, I love ya…but sometimes y’all are damned scary.

Ladies, as I said, we men love you, but sometimes you’re a little dangerous.

Fine is not the end of the world.

It is until it isn’t. Does that make sense? No? Well then welcome to life with a SO, because this is just one of the many parts of being with someone that you’ll never, ever figure completely. You can get close, you can get intimate, and you can figure that person out left, right, up, down, diagonally, and inside and out, the word ‘fine’ will still cause your sphincter to tighten every now and again when you hear it. If you believe nothing else, believe that.

Guys, it’s not a matter of enduring a few ‘fine’ moments when a woman looks at you and utters that dreaded word, and I wish it was all fun and games. The truth is that when a woman says fine you should feel a chill run down your spine. Whenever this happens to you, don’t panic, but don’t just blurt out the first thing that comes to mind either. Just walk away, because sometimes it’s the best idea.